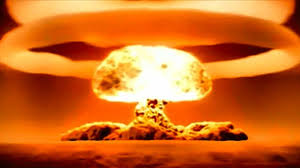 You’d THINK that when a 2016 presidential candidate (who is also the former Secretary of State) is involved in a bid to exchange large amounts of U.S. uranium production with Russia– for millions of dollars into her own family foundation– that would be kind of a BIG deal in this election, right?

Instead, we have to repeatedly hear about the lewd comments the other presidential candidate made over a decade ago. Not to, in anyway, condone what Donald Trump has said, but there were no questions about Hillary Clinton’s involvement with the Russian uranium takeover deal in any of the debates or by the mainstream media as of late.

So what if a politician sells out crucial U.S. resources to nefarious characters around the world? Let’s talk about sex–which is basically the attitude of the debased Liberal press.

For those who may not be familiar with the story (mainly because the media doesn’t ever mention it– or when they do, it’s only to discredit the messengers), the Russian government sought U.S. government approval to purchase a Canadian company called Uranium One, which controlled 20 percent of American uranium assets. This required the approval of several federal government agencies, because the deal involved a material (uranium) of national strategic importance.

Hillary Clinton’s State Department was one of those agencies which signed off on the deal.

Interestingly, investors of Uranium One gave millions to the Clinton Foundation while Secretary of State Hillary Clinton’s office was involved with approving the bid.

As a result of this exchange, Russia now controls at least of 20% of the uranium production in the United States:

Many may argue that this Russian uranium story is just another ‘vast right-wing conspiracy,” as the Clintons themselves like to call them.

However, back in April of 2015, the New York Times (which is not exactly a right-wing rag) even released an EXPLOSIVE investigative report, explaining how cash flowed into Clinton Foundation amid the Russian uranium deal:

“But the untold story behind that story is one that involves not just the Russian president, but also a former American president and a woman who would like to be the next one.

At the heart of the tale are several men, leaders of the Canadian mining industry, who have been major donors to the charitable endeavors of former President Bill Clinton and his family. Members of that group built, financed and eventually sold off to the Russians a company that would become known as Uranium One.

Beyond mines in Kazakhstan that are among the most lucrative in the world, the sale gave the Russians control of one-fifth of all uranium production capacity in the United States. Since uranium is considered a strategic asset, with implications for national security, the deal had to be approved by a committee composed of representatives from a number of United States government agencies. Among the agencies that eventually signed off was the State Department, then headed by Mr. Clinton’s wife, Hillary Rodham Clinton.

As the Russians gradually assumed control of Uranium One in three separate transactions from 2009 to 2013, Canadian records show, a flow of cash made its way to the Clinton Foundation. Uranium One’s chairman used his family foundation to make four donations totaling $2.35 million. Those contributions were not publicly disclosed by the Clintons, despite an agreement Mrs. Clinton had struck with the Obama White House to publicly identify all donors. Other people with ties to the company made donations as well.

And shortly after the Russians announced their intention to acquire a majority stake in Uranium One, Mr. Clinton received $500,000 for a Moscow speech from a Russian investment bank with links to the Kremlin that was promoting Uranium One stock.”

As author of the book, Clinton Cash, Peter Schweizer points out:

“There are Three primary defenses that Team Clinton has offered to the story that certain elements of the news media has gobbled up eagerly:

1. There were nine agencies that reviewed this deal and approved it—so there is nothing to see. What they ignore, of course, is that no other agency head received $145 million in donations from nine shareholders in the deal. The fact that other government agencies approved this deal is irrelevant.

Imagine if a jury of nine individuals is hearing a murder case and one of the jurors had financial ties to the individual on trial. If the jury came back 9-0 for acquittal, does that mean no bribery took place or no conflict of interest existed? Of course not.

2. The Assistant Secretary of State with responsibility in this area says that Hillary was not involved in the decision, so there is nothing to see. The Clinton campaign and the news media, including Washington Post “fact checkers,” trot out Assistant Secretary of State Jose Fernandez to say ”Secretary Clinton never intervened with me on any CFIUS matter.” (The professionals at Time Magazine and PolitiFact both incorrectly called him Jose “Hernandez”).

Set aside the fact that Fernandez was a political appointee. Is he credible? The news media never seems to ask this question, nor ask for any evidence.

Newly released emails via Wikileaks, however, provide clear evidence that Fernandez is deeply entrenched in the Clinton political operation. As he wrote to John Podesta on April 17th, 2015, “I would like to do all I can to support Secretary Clinton, and would welcome your advice and help in steering me to the right persons in the campaign.” He also wrote John Podesta on March 30th, 2015, “Thanks no doubt to your recommendation I have joined the CAP board of trustees, which I’m finding extremely rewarding.” Does this sound like someone who is an impartial source? Or a political operative?

As the New York Times recounted in a 2008 article, Bill Clinton traveled to Kazakhstan to help Frank Giustra acquire the rights to uranium mines in Kazakhstan. After Giustra acquired those rights, Giustra sent $30 million to the Clinton Foundation.

As the Washington Post further reported in 2010, the Kazakh official who authorized the transfer of those rights to Giustra said in a video deposition that he was also pressured by then-Senator Hillary Clinton to hand over those assets. So the relationship between the Clintons and Uranium One is not tangential. They were central to Uranium One becoming a uranium company, one that the Russian government would want to acquire.”

This Russia uranium story is the most shocking and the most blatant example of how the Clintons operate. At the end of the day, this is a story about buying and selling influence.

Russia continues to seek dominance and control of the uranium market as a source of national power. They have been taking great care of making sure they dominate the uranium market. Meanwhile, uranium is also regarded as a critical industry in the United States since it is used for civilian nuclear reactors and to go into nuclear weapons.

Yet, Hillary Clinton’s State Department was one of those agencies that signed off to give the Russian government approval to purchase Uranium One, which controlled 20 percent of American uranium assets.  And while Hillary Clinton was contemplating the deal, stockholders of Uranium One– ‘coincidentally’ sent more than $145 million to the Clinton Foundation.

“Bill Clinton and Hillary Clinton are the only figures in American politics who are willing to do this deal and pull it off because they had a reputation that runs so contrary to what they’re doing. This is what the Clinton Foundation does, right? This is what they talk about politically–their support for human rights, their concerns about proliferation, their concerns about issues related to Russian aggression.”

You see, the ‘concerns’ in which the Clintons speak– AND the actions in which they take–are two very separate things.

So, why is Russian control of 20% of U.S. uranium production so troubling, anyway? Well if you are living in an era where nuclear weapons is a reality, where nuclear energy is an important component of energy production in the United States, and increasingly around the world, control of uranium is absolutely crucial. Unlike oil or natural gas that can be found in so many places around the world, there are precious few places where you can find significant amounts of uranium that you can produce on a commercial scale.

And what we have essentially done, is handed this precious resource to Vladimir Putin and the Russian government. Russia is not only engaged in aggression in places like Ukraine, but it has been very aggressive in fighting American interests around the globe. Russia in NOT an ally. Russia in NOT our friend. Vladimir Putin’s Russia is a rival of the United States. And yet, we have given Putin control over this precious resource.

Sadly, many Americans aren’t even aware that Russia is now doing business in places like Utah, Colorado and Wyoming.

A thuggish government that is known for so many human rights violations. And Hillary Clinton has surrendered U.S. uranium production (of all things)– to a government that has engaged in so much nefarious behavior.

If she acted so selfishly and so irresponsibly as Secret of State, do you really think she is ‘fit’ to be president?