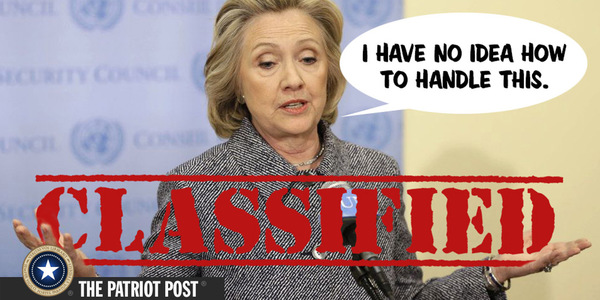 October 9, 2016, would have been John Lennon’s 76th birthday. This statement, by Lennon, reflects today as well as yesterday.

“Our society is run by insane people for insane objectives. I think we’re being run by maniacs for maniacal ends and I think I’m liable to be put away as insane for expressing that. That’s what’s insane about it.”-John Lennon, 1968

We are currently being run, on both sides of the aisle, by a New World Order government that does it’s best to divide the people. A divided people rarely pays any attention to the crimes of an active syndicate disguised as government.

We are being manipulated by a mainstream American media that practices gross misconduct and even greater malpractice. They do not do their homework. Their point of view is not determined by hard news reporting. It is determined by their particular viewership. Personality, before principle, is their practice.

Sadly, sound bites and social media have replaced hard news. Reaction has replaced research. We all need to do our homework. Blogs have replaced books. We are quickly going mad with our petty disagreements with each other. We play it out in cyberspace and on the streets of America. We need to start to talking to each other again. We need to become aware of exactly what is going on in D.C. We need to be involved in the process of government. Not just every 2 to four years.

Never has this been more imperative than in the current election cycle. Both presidential candidates have been accused of criminal behavior. We need to separate the real from the imagined.

This is an important election. 88% of Congress is up for re-election. The future of the Supreme Court is at hand. The constitutional rights of our children and grandchildren may be at stake.

First let us analyze the supposed crimes and transgressions of Donald J. Trump

Now let us examine the supposed crimes and transgressions of Hillary Rodham Clinton.

Companies that received contracts in Haiti happened to be entities that made large donations to the Clinton Foundation. Now Bill Clinton is asking for more funds for Haiti because of the destruction caused by Hurricane Matthew? Have to pass on that one, Bill.

Whether it is Russia, the Middle East, North Africa and any other country that Mrs. Clinton traveled to as Secretary of State, the world and the United States are not safer after her tenure. America is less respected than it was eight years ago and we can thank Hillary Clinton for a lot of that.

More than half of the people that met with Hillary Clinton while she was Secretary of State gave money, either personally or through companies or groups, to the Clinton Foundation. Not ethical and possibly illegal. This included receiving donations from countries such as Saudi Arabia, who practice Sharia Law and who denigrate and abuse women. Hillary Clinton, such a “vaunted” advocate of women’s rights, is a hypocrite.

I finally figured out the meaning behind Hillary Clinton’s Russian “reset” button. It means the the State Department under Hillary Clinton sold 20 percent of the United States uranium holdings to Russia. Uranium One, the Canadian company who obtained the rights and made the sale, gave substantial contributions to the Clinton Foundation.

In August 2016, a wrongful death/defamation lawsuit was filed by Attorney and Freedom Watch/Judicial Watch founder Larry Klayman. It was filed in the Federal District Court of the District of Columbia on behalf of Benghazi murder victim parents, Pat Smith and Charles Woods. Mrs. Clinton has not responded to the lawsuit and a default judgment is being sought against her. May the ghosts of Benghazi continue to haunt her.

I could write several volumes on why Hillary Clinton should not be President. Ultimately, the issue I have with Hillary Clinton is the same one that I have with Washington as a whole. Carpetbaggers and thieves getting rich on the blood of the innocent. Like watching a Hammer Dracula film in a time loop. Bloodletting and consumption, with the people wasting away. Hillary Clinton wants a compliant society. One that will do her bidding. She will not have it any other way and we cannot let this happen. The reason Trump is resonating with a large part of the populous is quite simple. Thinking Americans realize that the current government does not work. Washington is bloated and has forsaken any semblance of sanity. The soulless American media supports the reanimated corpse of Hillary Clinton? Yes, because it reflects their own empty mirror. One point of view with a desperate need to keep their advertisers. All the news that fits in a very small box.

The second Presidential debate brought them back to excusing the Democratic nominee for her failure to offer any real or tangible policy for the next four years. But whether it is CNN(Clinton News Network), NBC (Nothin’ But Clinton), or any other major network for that matter, they rarely call Clinton out for her crimes. What shameful hacks the mainstream media has become.

In the third debate, all Mr. Trump needs to say is Secretary Clinton you disqualified yourself from being President with your use of an illegal server. You are a traitor. You sold America off to the highest bidder. We know from your released e-mails just how two-faced and crooked you are. We now know exactly what you think of the American people.

Trump could further state, I did not vote for the war in Iraq. I did not institute an illegal regime change in Libya. I did not lie to the families of the Benghazi victims. I did not lie to Congress. I was not the one who solicited funds for my foundation while serving as Secretary of State. When I am elected, I will prosecute you for your crimes.

Hillary Clinton’s past is in front of her. I look forward to the third debate and to see Trump win by a landslide in the November’s election.