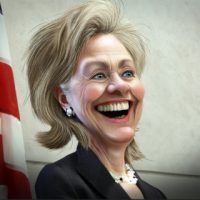 The Bill, Hillary, and Chelsea Clinton Foundation – more commonly known simply as the Clinton Foundation – is a remarkable organization. It was founded with the stated mission to “strengthen the capacity of people in the United States and throughout the world to meet the challenges of global interdependence”, and to this end, it has launched numerous philanthropic programs. Among these, it’s aimed to increase the availability of health care to the poor, address global climate change, and assist with disaster relief for natural disasters around the world. It’s received glowing endorsements from reviewers friendly with the institution, for all it does in the cause of global charity.

There’s just one problem: the Clinton Foundation really isn’t much of a charitable organization. In 2014, for instance, the organization spent a total of about $91.3 million. Of that, a whopping $34.8 went to salaries, compensation, and employee benefits. A small amount, about $850 thousand, was spent on professional fund raising expenses. The great bulk of the budget, a stratospheric $50.4 million, was allocated for “other expenses” according to the Foundation’s filing with the IRS.

Whatever these “other expenses” were, the Clinton Foundation upped them by $5 million in 2014 as compared to 2013, the same time period when it also increased employee pay and benefits by the same amount while gutting its charitable spending by some 40%.

It’s hardly any wonder that the Clinton Foundation is under such intense scrutiny by so many people and entities, up to and including the Internal Revenue Service itself, which is investigating the organization over its claimed tax exempt status. This after 64 Republicans in the House of Representatives wrote the IRS a letter in which they called the institution a “lawless ‘pay to play’ enterprise that has been operating under a cloak of philanthropy for years and should be investigated.”

That’s because throughout her tenure as Secretary of State, Hillary Clinton appears to have been using her foundation to launder private donations from wealthy sponsors, and questions have been raised about exactly what this money – millions of dollars, if not more – was in exchange for. That last point is particularly troubling, because at least $100 million worth of those contributions came from rich oil sheiks in the Middle East, whose access to a sitting Secretary of State – and, perhaps, the next President of the United States – could potentially be disastrous for the nation.

All of which is symptomatic of a larger, more systemic problem with Hillary Clinton: she seems to be more concerned with foreign people than she is with Americans, much like our current President Obama. To be sure, there is nothing wrong with helping the needy in any country (though, as previously mentioned, many of the foreigners with which Hillary Clinton has worked through her foundation have been anything but ‘needy’), but the focus of a presidential candidate should always be on the people of the United States. Citizens here need jobs, education, and tax relief, and a potential president too worried about the prevalence of AIDS in Africa isn’t investing her efforts in the right place.

It all amounts to a backhanded slap against the American working class, the people whom Hillary Clinton wishes to represent and lead. She needs to put “America first” before she asks to be our President. Otherwise, she is free to withdraw from the race and spend all of her time with her “charitable” foundation – so she can continue to direct some 5% of its enormous resources to actual charity work.

The New America: "Capitalists Are Evil"