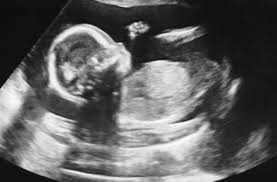 According to Christian News:

“Speaking at a gathering in New York City celebrating the abortion and contraception giant Planned Parenthood, a United Church of Christ clergy woman delivered a prayer thanking God that the organization made way “for women to rise up against the political, religious and patriarchal machines that sought to undermine [their] right to choose.”

Neichelle Guidry Jones currently serves as the associate pastor to young adults at Trinity United Church of Christ in Chicago, and is a member of the clergy advocacy board for Planned Parenthood. She opened Sunday’s gathering at New York’s City Hall, which included a proclamation from the wife of Mayor Bill de Blasio.

“God, we thank You on this day. We thank You for the miracle of another day and for our lives,” Guidry Jones began after greeting those gathered, “and for drawing us into this sacred space and time of celebration.”

“We celebrate today that on October 16, 1916, Margaret Sanger opened the doors of the first Planned Parenthood clinic right here in New York City. And with this act of courage and resistance, the doors were opened for women to overcome the silence, and the shame, and the stigma inflicted on our sexuality,” she said.

Guidry Jones then continued to praise the organization as opening the door for women to stand against those who oppose abortion.”

Planned Parenthood, originally known as the American Birth Control League, was founded by Margaret Sanger, a feminist who decried what she characterized as women serving as “incubators.”

Sanger, who was a staunch advocate of eugenics, also made a correlation between birth control and the purification of the races, referring to those with disabilities as being “morons,” “idiots” and “imbeciles.”

World Health Org: Failure to Find Partner To Have Children Is Now A DISABILITY

Trump and UNESCO Discussed at "Jerusalem Forever" Event in Israel