Two down, possibly others to go after the release of two damning undercover videos by James O’Keefe’s Project Veritas.  First Scott Foval of Americans United for Change was fired by the DNC and then on Tuesday, after the release of the second video, the DNC fired Bob Creamer.  (See first video HERE.)

Bob Creamer FIRED… That’s TWO scalps in 24 hours. Two top White House operatives were just fired by the DNC… and the mainstream media refuses to cover. This is truly an extraordinary series of events.

And here is Creamer’s statement: 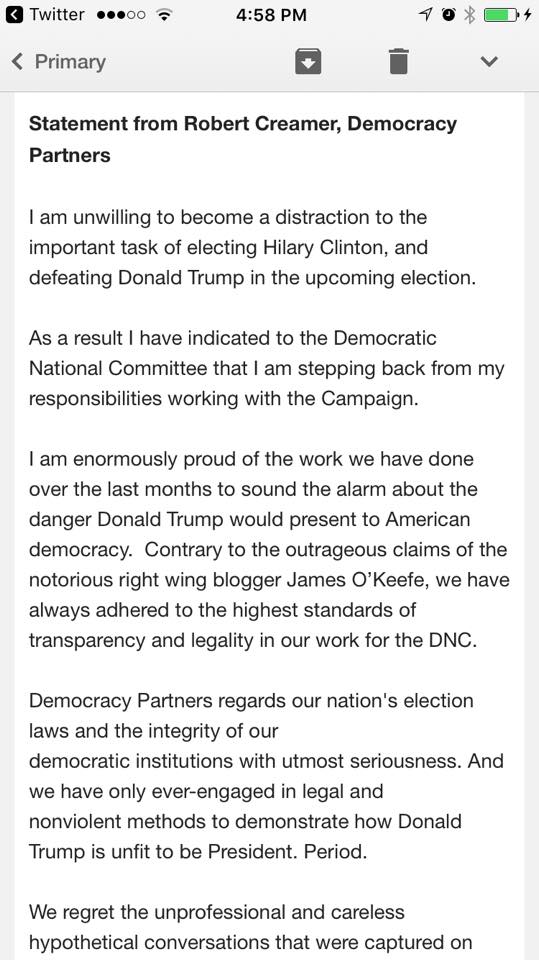 As O’Keefe explains in this second video, “Democratic party operatives tell us how to successfully commit voter fraud on a massive scale. Scott Foval, who has since been fired, admits that the Democrats have been rigging elections for fifty years.”