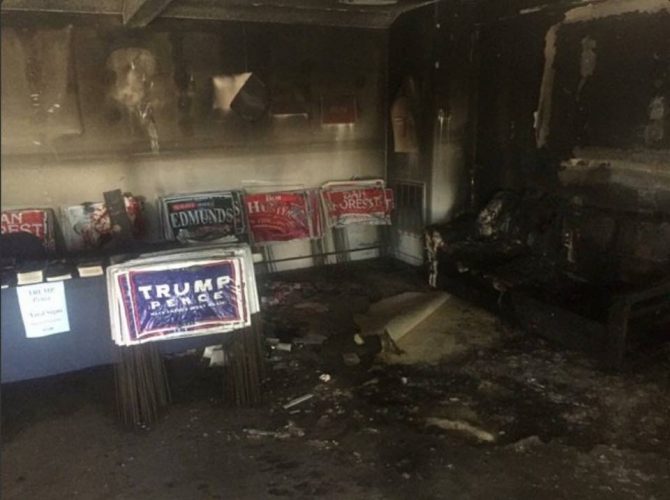 A GOP headquarters in North Carolina was firebombed and a nearby building was vandalized on Saturday night and police were hunting for those responsible on Sunday.

“The inside of the Orange County Republican Party headquarters in Hillsborough was severely damaged and an adjacent building was marked with spray painted graffiti reading “Nazi Republicans get out of town or else,” The Charlotte Observer reported.

“The office itself is a total loss,” state GOP Executive Director Dallas Woodhouse said. “The only thing important to us is that nobody was killed, and they very well could have been.”

A bottle of flammable liquid was thrown through the front window of the office, burning furniture and charring some political signs before going out, police told WNCN.

Police and officials from the Bureau of Alcohol, Tobacco, Firearms and Explosives were investigating.” 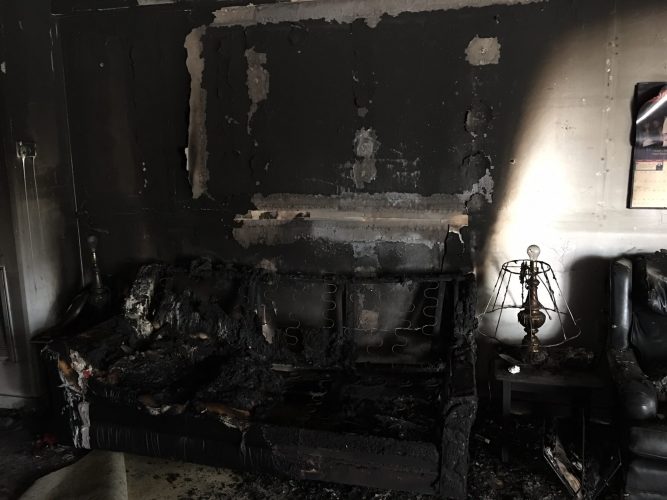