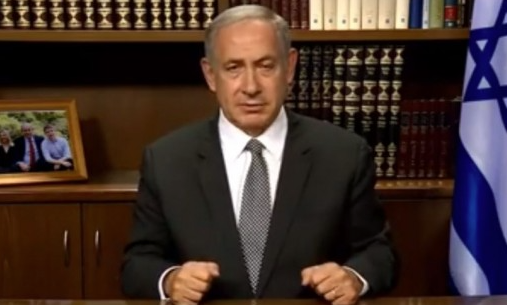 In what right does the Obama administration have to condemn a leader who is trying to protect his people? PM Netanyahu is simply trying to alert his people about the same enemy America faces, but the administration’s response is why I feel President Obama is not a friend of Israel.

Let’s face it, Trudeau, the Prime Minister is correct.  Look at the past year of Islamic terror attacks that have happened around the world, especially in Israeli settlements. The latest victim was a young American Israeli girl. With all the terrorist attacks that happen in Israel and failure in peace talks, what right does the Obama administration have to condemn the accurate statement from Netanyahu? Actions speak louder than words. The PLO denies the PM’s claim, too, but their actions show differently.

In the past, Palestinian leaders demanded all Jews must leave the settlements. PM Netanyahu even offered to meet with Palestinian leader President Abbas in Moscow for peace negotiations, but Abbas refused. Then again, Abbas, as well as Hamas, Fatah, and other terrorist organizations, celebrate when a Palestinian kills an Israeli.

Facts do not care about feelings and the fact is Netanyahu is right. Until the Palestinians make the following three efforts to show they want peace, nothing will change:

In my opinion, failure in meeting any of these criteria makes Netanyahu’s statement accurate and the Obama administration has no place for any condemnation in this.