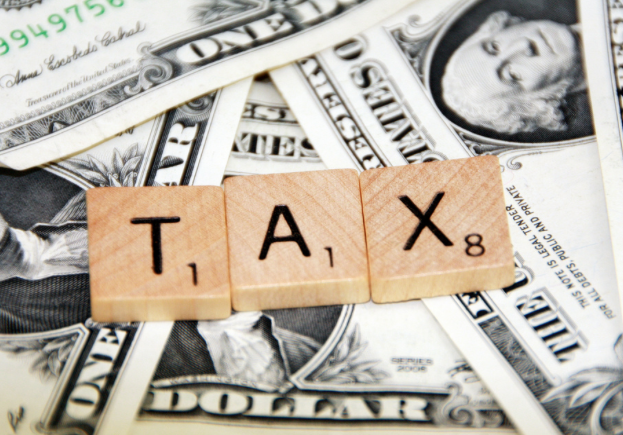 In the first debate, the issue of tax policy was front and center. Hillary wants to raise taxes on the “rich.” Trump wants to cut income tax rates for those paying income taxes and wants to cut corporate tax rates. Then, it got interesting.

Hillary trotted out the claim of the Left that the tax rate cut of the Bush 43 Administration led to an economic downturn.

“We had the worst financial crisis, the Great Recession, the worst since the 1930s. That was in large part because of tax policies that slashed taxes on the wealthy, failed to invest in the middle class, took their eyes off of Wall Street, and created a perfect storm.”

It is an old refrain. If only government had that money, they would have spent it better. Because of the tax cuts, the economy was hurt.

First, it should be mentioned that the Bush tax rate reductions applied too all taxpayers not just the wealthy. Indeed, many on the bottom rung of the tax ladder were taken off the tax rolls. Hillary’s line was deceptive – a shocker, I know.

Second, it is metaphysically impossible for the economy to be hurt because you keep you own money – or for anyone else to keep their money for that matter. So while Hillary was worried about fact checking, she needs to be logic checked.

Let’s think about her comment in the context of a business and let’s say tomorrow you found out the tax bill of the company for which you work will be $1 million lower because of a tax rate deduction – like Trump would like to make happen.

There are only 7 things that company can do with that money:

1. Buy things, i.e. supplies, furniture, fixtures, equipment, other businesses, etc. – All of those are good for the economy because it means other companies are making money and hiring workers or buying supplies to meet that demand.

2. Hire people – That is good for the economy. Any time additional people are employed, they are making money and buying products from companies (like shoe stores or grocery stores or car dealers) who in turn buy products and employ more people to meet that demand. That increases the size of the economy.

3. Put it toward research and development (R&D) – That is good for the economy because (a) it employs people who then can buy things from companies that in turn buy things, etc. and (b) it often it leads to productivity gains, which is good for the economy because that often leads to higher wages long term, and higher wages means employees can buy more, etc.

5. Make outside Investments/Buy Stock – That is good for the economy because that expands other companies and therefore their ability to buy things and hire people who in turn can by things, etc.

Indeed, the only thing you could do with the money to hurt the economy is to: #6 burn it or #7 hide it – both of which effectively reduce the money supply. Few people do that, however, so it is not a realistic economic effect.

Thomas Del Beccaro is the former Chairman of the California Republican Party and in 2016 he is running for Barbara Boxer's U.S. Senate seat. He is the Publisher of PoliticalVanguard.com, author of The New Conservative Paradigm and frequent talk radio and television commentator. He is a contributor to Forbes.com and the DailyCaller.com among other conservative publications. He is considered to be the most Heard Voice in CA Republican Politics and Mona Charen said, 'Not since Newt Gingrich in the 90s has a Republican activist so clearly analyzed what has gone right and wrong for the party and the Conservative movement.' Human Events called him 'One of the GOP's most effective communicators.' The Economist Magazine said 'Republican spines are . . . stiffened by conservative bloggers such as Tom Del Beccaro."

Top 10 Qur’anic Laws that Inspire the Laws of Iran