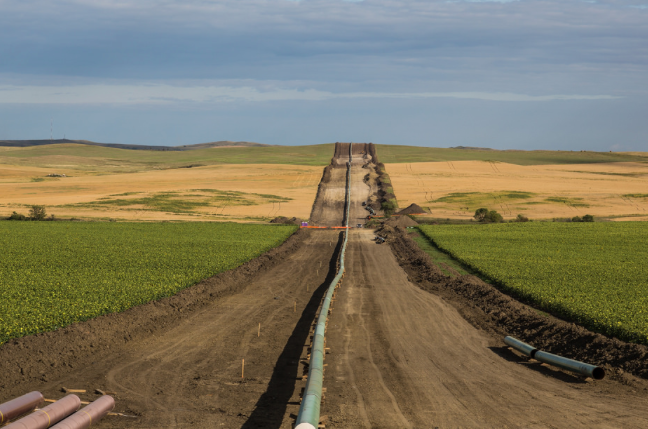 Even the most patriotic Americans will be the first to admit that America is not perfect. Perhaps the best explanation for this is the fact that America is made up of imperfect human beings. While it is certainly not a justification, it could be a reasonable conclusion. While there are ugly things in our nation’s past, time, the social acceptability or non-acceptance of societal norms, and the genius of the Constitution have ensured that some of the things considered acceptable institutions and ways of thinking in bygone eras are no longer acceptable in daily American life.

The beauty of America is the mix of so many different cultures. That mix is what is uniquely American. The list of cultures that have contributed to the mix is too long to mention here. While today we appreciate all of the ingredients of the American soup, it has not always been so. One of those ingredients is that of Native Americans, and culture aside, the relationship between Native Americans and the Federal Government has always been one of, well, oil and water. Ironically, the latest disagreement is about just that.

It is a story that has not gotten much attention, but it is one that could have major impact on the entire nation, but at a cost. We have all heard of the Keystone Pipeline. It was to be a pipeline that would have followed a path from Canada right through the heart of the nation all the way to the Gulf of Mexico. It would have created thousands of jobs, union jobs. But like most things, Environmentalists stepped in and President Obama had to choose between those environmentalists and his union buddies. The union buddies got the shaft.

Well there is a new pipeline in town, and not only is it bringing out the prerequisite environmentalists, it has brought a whole new group into the forefront because it directly effects them, it is Native Americans. The Dakota Access Pipeline would be a 1,172 mile 30 inch in diameter pipeline that would run from North Dakota to Illinois and carry roughly 450,000 barrels of oil a day. During the planning stages, several plans and routes have been considered. According to a recent article from the Bismarck Tribune, one of the early plans considered would have had the pipeline running as close 10 miles north of the Capital city of Bismarck. One of the reasons the plan was scrapped, close proximity to the city’s drinking water supply.

The plan that was ultimately adopted has the pipeline running a half-mile north of the Standing Rock Sioux Reservation. The concern of Tribal Leaders is obviously the possibility of contamination of drinking water that would not only effect the Reservation but other downstream communities. But there are other concerns that are equally disturbing.

The Sioux Nation has lived on land granted to them by the government for generations. That land is about all they have left where they can celebrate and practice their culture, their heritage, and bury their dead. Some of those graves, again, there for generations. But construction and the actual plans for the pipeline are disrupting all of that. This is a community that is not affluent by any measure. There are places on the Reservation where poverty is a very real problem. It is the kind of poverty that occurs when people are forced to live off the government.

A flood of new jobs would no doubt create an economic boom rarely seen by Native American communities that does not include a casino, but at what price would that have to be realized? Is this just another example of the Federal Government having no consideration or respect for the culture and traditions of a proud people who have been on the short end of the governmental stick many times? The most important questions may be, why can’t there be jobs created without the desecration of burial grounds and other sacred sites, and why was water contamination a problem when the pipeline was to run close to Bismarck but not a problem when it is to run even closer to Standing Rock?

The current standing of this case is that the Tribe won a small battle on September 16 when a U.S. Court of Appeals in Washington D.C. ordered Energy Transfer Partners, the company constructing the pipeline to halt construction until the Court can review the Tribe’s emergency appeal of the pipeline construction. The halt is temporary, and Tribal Leaders vow to continue the protest until the government reconsiders the path of the pipeline.

The Sioux people are holding on to the one thing that the government or anyone else cannot take away, their culture, traditions, and sacred lands. Jobs and economics are important, but who you are and where you came from often defines where you are going.

Hillary's America: Take Away Your Guns, Bring In More Terrorists