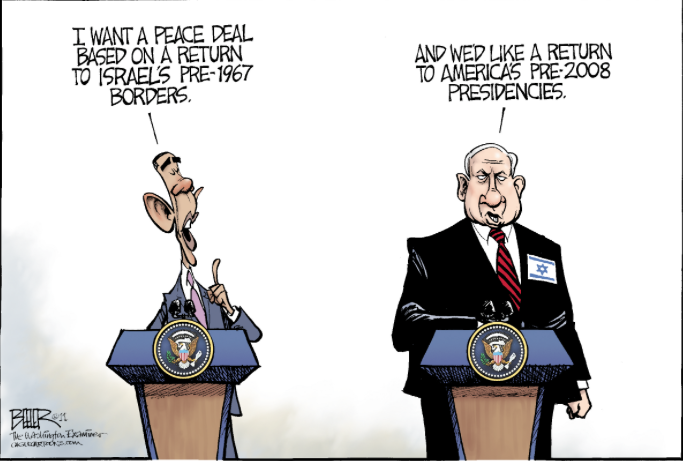 This week the United Nations held a general assembly which consisted of leaders from all over the world. They discussed different issues around the globe, including security, fiscal issues, and the refugee crisis. Barack Obama made his last speech as President of the United States, and his agenda for Israel was profoundly clear.

From the beginning Obama has been very pro-Palestine. He has always said he wanted to push Israel to the pre-1967 borders, which would place Israel at a great disadvantage regarding surrounding enemies, bringing radical Islamist terrorists closer to Israeli cities and towns. Barack Obama never spoke of the reasons why there are conflicts between Israel and Palestine,  but he always hinted it was because of Israel.  The unfortunate truth is that Palestine their hatred is based on antisemitism  and wiping Israel off the map.

What else can you expect from a leader who doesn’t utter the words ‘radical Islam’ when an Islamist strikes terror in America? Of course Obama has no problem talking about how bad Christians once were, and even as a Jew I find this is insulting.  And all the while he completely ignores that Islam is our real enemy of war.

Obama’s hatred for the Jewish state was obvious during the 2014 war with Hamas. Israel was receiving a barrage of rockets almost daily, yet Obama, along with the United Nation, blamed Israel for defending herself against the wave of terror.  He never mentioned the Palestinian brainwashing of children to hate Jews at a young age but instead ordered Israel to show restraint and use “proportional force”.

If ISIS sent rockets into the United States, would Obama just let it happen? No, one would hope they would fight back. So why does Israel have to answer to the world when she defends herself?

But the main reason I believe Obama hates Israel is the dangerous Iran nuke deal. You can’t be any clearer in saying “I hate you” than by sending billions of dollars to a regime that constantly calls for your destruction. In his recent speech at the UN, Obama said Israel needed to “end occupation”.  The audacity of this President to treat America’s ally so badly is appalling. Israel has always made sacrifices for peace with leaders who did not want peace.

I am willing to bet there will be a celebration in Israel on the day Barack Obama leaves office. Most Israelis have clearly seen his anti-Israel agenda.  If he is a Christian as he claims to be, Obama should read the following about Israel:

“And I will bless those who bless you, and the one who curses you I will curse, and all the families of the earth shall be blessed in you.” Genesis 12:3