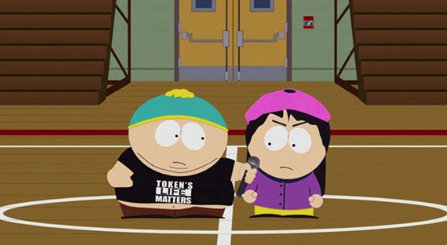 The new season of South Park has begun and wow, it’s a doozy.  Much like TMZ, Trey Parker and Matt Stone have tapped into America’s of-the-minute culture and are attacking it full-force, without any trace of political correctness.

The first episode, entitled “Member Berries”, focuses on the divisions occurring in America, from Black Lives Matter race wars to the 2016 presidential elections.

The season starts with South Park’s own version of the Colin Kaepernick controversy.  In protest of online trolls, some of the girls on the volleyball team choose to sit out the National Anthem. This leads to Cartman acting as a Black Lives Matters spokesman (wearing a “Token’s Life Matters” t-shirt) trying to unite his very divided school. 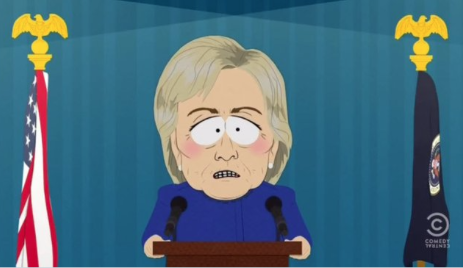 On the national front there is also major divisiveness in the presidential election, with South Park residents once again being asked to choose between voting for “The Turd Sandwich” (Hillary Clinton) or “The Giant Douche” (Mr. Garrison, standing in for Donald Trump).

Meanwhile Kyle faces his own dilemma about whether to speak up or remain silent about everything.  Does his voice matter?  Has everything gone too far to save?  And what will happen when Kyle learns that his own father is the real online troll?

Stay tuned, folks; we’re in for a bumpy South Park season for sure.

Showbiz vs. Politics: When You and Your Favorites Don’t Agree