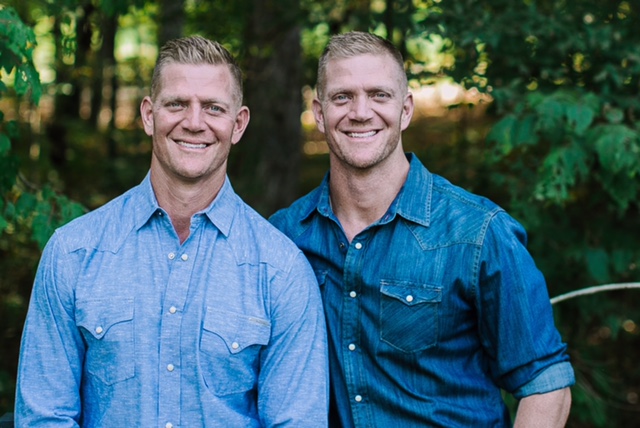 Identical twins, The Benham Brothers, David and Jason, are both former professional Minor League Baseball players, best selling authors, speakers, and nationally acclaimed Christian entrepreneurs who are well known for helping others to live powerfully for Jesus in the areas of leadership, work, family, and culture.

Their rapid rise to success earned the brothers an opportunity to host a reality show called Flip it Forward with HGTV (in the Fall of 2014). However, their show was cancelled soon after expressing their Christian views on marriage and abortion.

But that hasn’t stopped these fearless brothers from taking a stand for Biblical values and shining the light in our darkening culture. They are truly Modern-day Daniels in our Babylon (in fact, they’ve even authored a book called Living Among Lions).

Here is our EXCLUSIVE PolitiChicks interview with the Benaham Brothers:

PC: How important do you think it is to elect godly leaders into office?

BB: Our responsibility as citizens of heaven is to be good citizens of earth–to love our neighbor as ourselves. Part of this mandate is carried out in the political process, in which we have the privilege of choosing our leaders. It’s a true blessing to have this freedom. Our guide when we vote should be the same one Moses used when he chose leaders for Israel: “But select capable men from all the people–men who fear God, trustworthy men who hate dishonest gain” Exodus 18:21. This is our guide, and to the best of our ability we should apply it when we vote.

PC: How do you think Christians should engage in the political process other than just voting (if at all)?

BB: First of all, it’s important to understand the difference between “politics” and “civic responsibility.” Politics is often identified as the art of compromise or the struggle for power, from which Christians distance themselves. Yet civic responsibility is identified with loving others and seeking their best interest through Godly laws and governance. Christians know the “way, the truth, and the life” and have the answers to today’s most pressing problems. So whether in business, education, law, or government, Christians should be involved at every level, loving our neighbors as ourselves.

PC: You were the first ones to call the “Gender Unicorn” to our attention. And we see how the transgender agenda is now being pushed into our public school system. Many parents (like me) do not feel safe with their daughters sharing a bathroom or locker room with members of the opposite sex. What are some ways parents can protect their children from these insane policies?

BB: Remove your children from public schools if at all possible. The indoctrination of our kids through public education trains them to question “who they go to bed as,” and consider “who they go to bed with.” This is not a proper goal of education! Truth is being trampled in these schools as our history is re-written and words are re-defined. Homeschooling or private schooling is a good solution, but some people simply can’t do this. It’s our prayer that churches will begin re-allocating building/marketing budgets to help families with schooling needs.

PC: We see how religious liberty is under serious attack in our country today. In what ways are you using your own platform to fight back? What can the ordinary person do to stand up against these attacks before it gets worse?

BB: We simply shine the light as bright as we can wherever we go. Light does two things – it reveals your good deeds (Matthew 5:16) and it exposes the world’s evil deeds (John 3:20). To shine the light involves both works and words. Our work should be excellent, second to none. This is a tremendous testimony in a dark world. And our words should be truth spoken in love. This is what sets the prisoners free. So whether we’re at the water cooler or on social media we can shine the light.

PC: Your views on marriage are now considered to be “extreme” by the Left and even by the popular culture. What do you say to those who call your views “extreme” or “intolerant”?

BB: We have two quotes that greatly encourage us when we’re called “extreme.” Albert Camus, a French existentialist during WW2, said, “There always comes a time in history when the person who dares to say that 2 + 2 = 4 is punished with prison or death.  And the issue is not what reward or what punishment will be the outcome of such reasoning.  The issue is simply whether or not 2 + 2 = 4.” And GK Chesterton said, “When deceit is universal, truth becomes a revolutionary act.”

PC: The Democratic platform is very pro-abortion. However, many Christians are not crazy about the Republican nominee, either. What do you suggest Christians do in the upcoming presidential election?

BB: This election is an indictment against the Church for failing to be salt and light. It’s our responsibility to influence culture in a way that glorifies God and produces leaders that honor Him–in this we have failed. So we have two candidates for the most powerful position on the planet, neither of which fit Moses’ qualifications outlined in Exodus 18.

So what do we do? First, we understand we’re not simply voting for one man (or woman), we are voting for over 4,000 leaders that will immediately assume positions inside the capital the day of Inauguration. We have trustworthy friends on the inside that have told us Hillary will hire absolutely zero leaders with a Christian or conservative worldview to any of these positions. Yet Trump’s growing list includes more than half of these positions filled by solid, Christian conservatives. This certainly weighs in to our decision on Election Day. Second, if our only choice to get from NYC to LA was either to walk or ride a moped, and we chose the moped, wouldn’t it be shallow for someone to blame us for not driving a car when it was never an option?

PC: Many pastors are afraid to address ‘hot button’ issues we are seeing in our culture today. How important do you think it is for our spiritual leaders to rise up and speak out?

BB: Many of today’s pastors measure success according to the world’s standards and not God’s. According to Barna Research, pastors today view the size of their building, the size of their congregation, monthly giving, and the number of programs offered as key indicators of success. Nowhere in the New Testament is this, the standard. As a result, anything that jeopardizes growth in these areas will be avoided–they just have too much to lose if they speak up. The problem is that when the light turns off darkness prevails. As God’s shepherds focus on themselves Satan’s minions focus on the nation. As Paul spoke to the Corinthian church, “you have many teachers, but few fathers”–now is the time for pastors to be fathers and not just teachers, because daddy’s don’t run when wolves show up to devour the family.

PC: Many Conservatives are feeling as though this is a very dark hour in America, and that our nation is headed in a scary direction. What advice would you give to those who are losing hope?

BB: The problem today is not the presence of darkness…it’s the absence of light. We’ve read the end of the book and are filled with hope. We’re either headed toward another great awakening or the return of our King–either way we win. Our concern is to simply be faithful to shine our light.

PC: Can you tell us more about your book, “Living Among Lions,” and the inspiration behind it?

BB: As we walked through the Dallas Ft-Worth Airport a man walked up to us hesitantly and whispered, “Are you guys the Benham brothers?” After we replied, “Yes,” he looked over both shoulders and whispered, “Thanks for your stand.” Then he took off the other way, hoping nobody would see him. As funny as that seems fear is a reality for many Christians in today’s America. Yet we believe the same rising tide of evil that makes cowards run makes champions rise. All of us are afraid at times, but God teaches us not to fear. One of the best stories that taught us how to live without fear is Daniel–he was a fearless man of God that didn’t just survive in a darkening culture, he thrived. After the man walked off in the airport that day we knew we had to write a book encouraging believers to stand with courage in today’s Babylon. 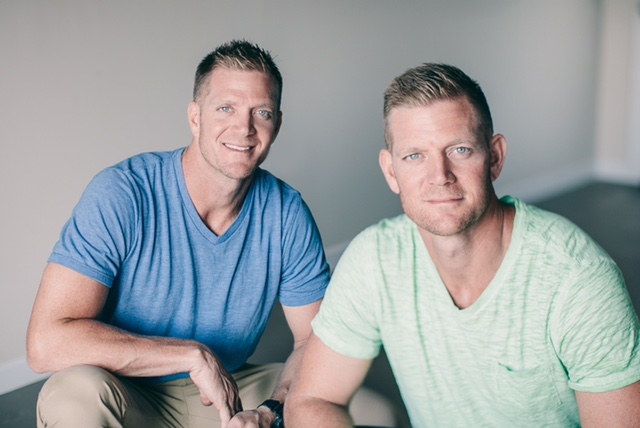 The Benham Brothers have appeared on Fox News, ESPN, CNN, Fox Business, ABC’s Nightline and Good Morning America. They have also authored the book, Whatever the Cost, and they also run BENHAM Real Estate Group.

To order a copy of their books, go to: http://benhambrothers.com/meetthe-brothers/ 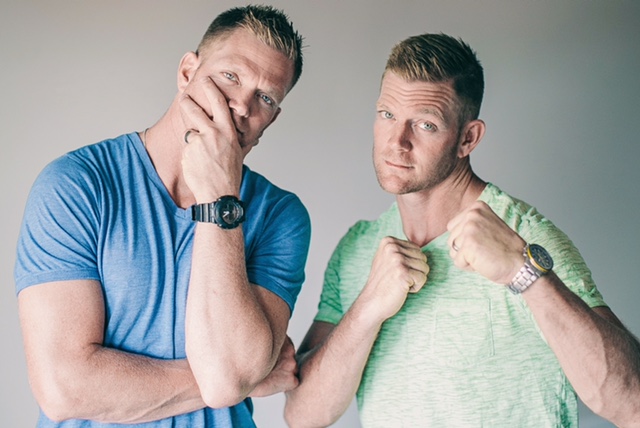 The 'Funny or Die' Interview Hillary Probably Should NOT Have Done