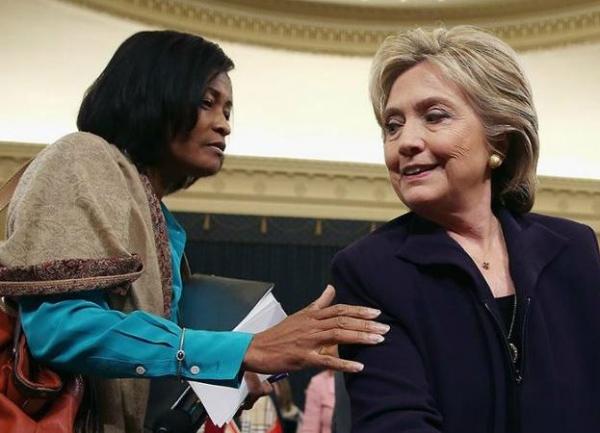 Paul Sperry of The New York Post has just uncovered information that Clinton aide Cheryl Mills was central to the cover-up of evidence regarding Hillary’s emails.  Even more outrageous is the fact that Mills, central to the decision on what emails should be kept or deleted was invited by the FBI to sit in on Hillary’s interview as one of her lawyers!  This is just more evidence that the fix was in from the beginning.

The smoking gun is on page 16 of the FBI’s 47-page report. It details how Mills ultimately made the determinations about which emails should be preserved before she and Clinton decided to delete the rest as “personal.”  Indeed, the FBI said Mills “shredded” any copies of emails she “deemed not to be work-related” before they were turned over to State in response to requests for information from Judicial Watch, the media, Congress and the FBI. The laptop hardrive was later wiped clean using a computer program called BleachBit.

Nothing to see here?  It is as clear as day and in my opinion worse than Nixon’s Watergate scandal.

Chris Wallace Asks Ben Carson: ‘Do You Worry That You’re Being Used as a Prop for Black Voters?’