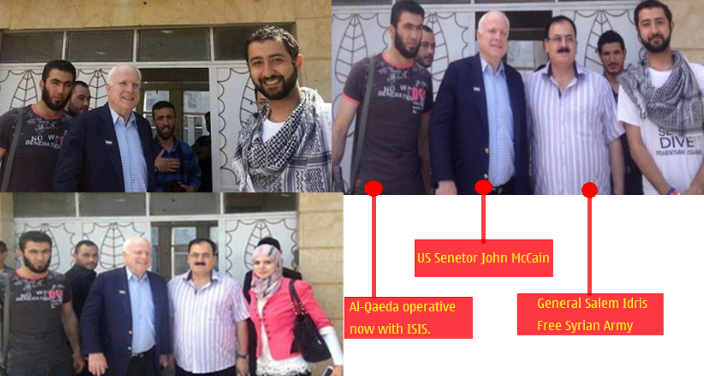 On Tuesday night, Sen. John McCain, R-Ariz. (Conservative Review ‘conservative rating’ of F, 34%) managed to once again win his reelection against challenger, Kelli Ward.  Other elections in Arizona and Florida had basically the same result we’ve seen throughout this year’s election cycle – the establishment won, the conservatives lost.

Writer Daniel Horowitz had much to say about the winners/losers and the reasons this should never have happened.

“[I]t has become clear that the elites within the party can stab conservatives in the back on a daily basis and still win reelection with a 100-percent success rate. Aside from two anomalous redistricting circumstances in Virginia and North Carolina, not a single incumbent Republican has been defeated … except for one of our own: Rep. Tim Huelskamp, R-Kan. (A, 91%).

After being the subject of hundreds of thousands of dollars in attack ads from special interests, such as the RightWayPAC and the Western Growers Association, Rep. Paul Gosar, R-Ariz. (B, 83%) cruised to victory with 70% of the vote against his primary challenger. At least the Huelskamp dynamic is not repeating itself elsewhere. We can now celebrate the fact that we can keep the few good members left in the House.

Now for the bad news:

John McCain was re-nominated yet again with a double digit win over his challenger, state senator Kelly Ward. There are no words in the English language to describe the degree of perfidy and betrayal this man has achieved in undermining conservatives over the years. He has scored more points for the other team than Democrats could have won had one of their own been occupying that seat for the past 15 years. Although he was extremely vulnerable, McCain’s ubiquitous name ID and huge war chest once again scared off first-tier candidates from challenging him.

McCain’s victory is all the more devastating because he is the first incumbent to have won six years ago by lying to primary voters and winning reelection yet again. In 2010, McCain won his primary by running all the way to the right and promising to “build the dang fence.” Not only did McCain then turn around and push comprehensive amnesty, he voted against building the fence as a prerequisite for amnesty.

Conservatives lose seats when good incumbents retire and we fail to replace them with likeminded conservatives. Rep. Matt Salmon, R-Ariz. (B, 83%) is retiring after this year. He made sure to endorse state senator Andy Biggs, a man with a proven conservative record in the legislature, right out of the gate. But in came Christine Jones, a liberal millionaire who praised Hillary Clinton and accepted the premise of global warming… before she ran for House. By outspending Biggs by a margin of 3-1 and touting herself as an anti-Hillary conservative, Jones was able to pull out a very tight victory in a crowded and divided field. This conservative seat has just been flipped to the other side and will set back the Arizona delegation during the next session.

As our team observed last night, “ultimately, Tuesday’s primary proved a great night for the Republican establishment in Florida, with conservative challengers Rebekah Bydlak and Mary Thomas both losing to moderates with more money and higher name ID.” In District two, Neal Dunn outspent Mary Thomas by about 2-1, but won by less than 2,000 votes. Dunn had the support of Majority Leader Kevin McCarthy, R-Calif. (F, 38%) which gives us an indication of how he will vote from day one. Conservatives don’t care about identity politics, but the party elites are obsessed with it. As such, it’s awfully bizarre that the establishment would interfere in an open House primary to defeat Mary Thomas, an Indian-American millennial candidate. The message is clear: conservatives — of all stripes — must be defeated.

This was another seat that the establishment turned over in a way that is just as bad as Democrats picking up the seat. Rep. Curt Clawson, R-Fla. (A, 94%) was one of the most conservative members in the House and helped lead the fight against John Boehner. Like a citizen legislator, he decided to retire after just one full term in the House. Now that seat will go to Francis Rooney, a man who has taken liberal positions on abortion and immigration. How did he win? Well, when you spend $3.5 million in an open House seat to say how conservative you are, and your opponents raise just a few hundred thousand, the outcome is never in contention.

Once Sen. Marco Rubio, R-Fla. (C, 77%) announced his intention to run for reelection, most of the viable challengers dropped out and the outcome was never in contention. Regardless of how one feels about Rubio, it is a shame that Rep. Ron DeSantis, R-Fla. (A, 90%) didn’t get a chance to win this seat for conservatives in November. He was the only viable conservative running for Senate across the map this year. Yet, Senate Majority Leader Mitch McConnell, R-Kan. (F, 42%) moved heaven and earth to ensure that Rubio would return to the race and box out DeSantis. Last night’s election seals the fate of the Senate: not a single movement conservative will be elected to the upper chamber this year.

There you have it, folks. Conservatives have failed to knock off a single incumbent House or Senate member this year, failed to nominate a single conservative to an open Senate seat, and have won very few open House seats.