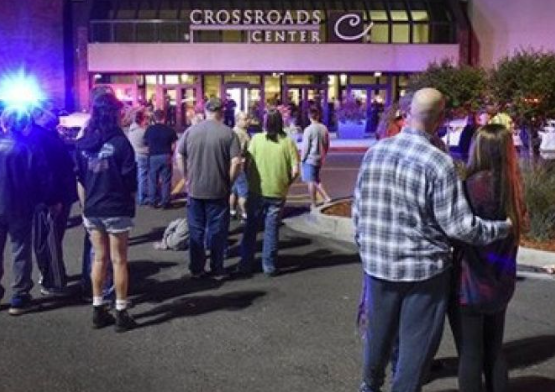 Why does Minnesota have a Muslim terrorism problem? Because large numbers of Somalis were dumped there. So now we have an attack in Minnesota that looks like a smaller scale version of the Westgate attack in Kenya carried out by Somali Muslims. Al-Shabaab, the Jihadist group responsible for that attack, is popular with Somali Muslim settlers in Minnesota.

And, like the Westgate attack, the Muslim terrorist following his racist supremacist creed, asked people if they were Muslim before attacking them.

A man in a private security uniform stabbed eight people at a Minnesota shopping mall, reportedly mentioning Allah and asking at least one victim if they were Muslim before an off-duty police officer shot and killed him, authorities said.

An Islamic State-run news agency, Rasd, claimed Sunday that the attacker was a “soldier of the Islamic State” who had heeded the group’s calls for attacks in countries that are part of a U.S.-led anti-IS coalition.

But motive is still “unknown”.

Anderson said the man reportedly made at least one reference to Allah and asked a victim if they were Muslim before attacking them. But he declined to call it an act of terrorism, saying the motive was still unknown.

“We will be diligent and get to the bottom of this,” Anderson said. “Starting tomorrow, things won’t be the same here.”

We’re going to explore all the possibilities… and conclude that he had a history of psychiatric problems. Then we’ll send police officers to stand watch over mosques out of fear of that imaginary backlash.

Then we’ll hire more Somali Muslims as officers and private security. And maybe finance anti-extremism programs in mosques run by the Muslim Brotherhood.

On Sunday, ABC News reported that ISIS has claimed responsibility for this attack.  So in the next week, either watch for a complete media blackout on this story and/or mentions of ‘mental instability’, ‘lone wolf’, etc…