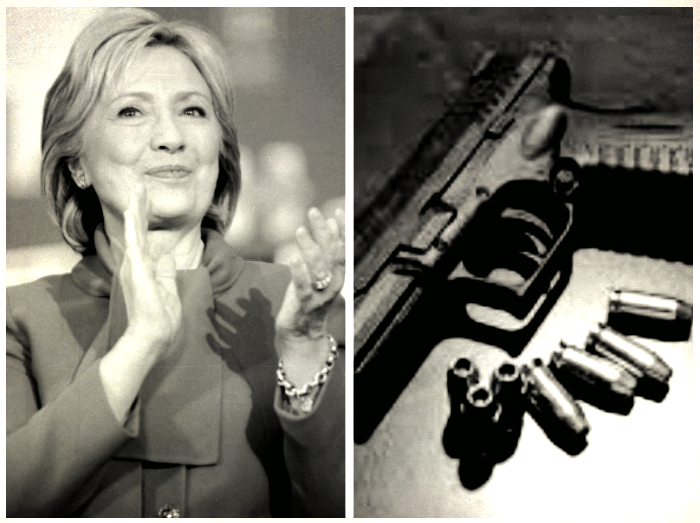 Another day, another 5 dead in the war that Islamic Jihadists are waging on American soil. Including a 16 year-old cancer survivor. This time it’s a small town in Washington state. Burlington. Population 8600. The mall. Ordinary Americans out shopping for necessities or leisure.

That’s the new battleground. And how has our government, those in power reacted to this new reality?

Every time an Islamic Jihadist uses a gun, the left wants to ban guns and increase immigration from Islamic countries.

While authorities have not yet announced that Jihad was the motive in this latest killing, my money’s on Jihad.

The plan forward according to the Barak Obama’s and Hillary Clinton’s of the world, is to disarm the very people who are potential victims and increase the threat by increasing the number of Muslims—and therefore the number of potential Jihadists—allowed to immigrate.

If you increase immigration from predominantly Catholic or Protestant countries, it is unlikely that you will see any increase in the number of Jihadist killings in America. But what has become painfully obvious to everyone except the Obama administration is, that the Muslims who are killing Americans in the name of Allah, were allowed to immigrate here, and by all accounts, were treated well.

This was not “workplace violence” or some kind of love triangle, it was most likely a calculated plan by a zealous adherent of the so-called “religion of peace”. At least that’s what it always is in the end. The circumstances may be slightly different, but it’s almost always the same story. Take Sayed Farook, the Muslim health inspector who had a cushy job working for the County of San Bernardino. He killed the 37-year old father of six, Michael Wetzel, whose son plays football with my son. His son is pretty good too. And every time I hear his name called over the loudspeaker for making another tackle, my heart breaks a little. If it weren’t for the blind tolerance of a government that has made political correctness the highest virtue, maybe Farook’s Jihadi bride—Tafsheen Malik—is never allowed in, and maybe he never becomes a jihadist. His turn to the dark side coincides with hooking up with her. If he never becomes a Jihadist, maybe Michael could be there in the stands cheering on his son every Friday night.

Why do we allow ourselves to be pc bullied into allowing more immigration from regions of the world, where Islam is the predominant religion, and killing innocent people in the name of Allah is cheered by so many?

We’re doing this while at war with the same entity—the evil that neither Obama nor Hillary will properly name. Islamic Jihadists. And if you cannot name your enemy, you certainly cannot fight them. All Jihadists are Muslim, even if all muslims are not Jihadists.

There are three actions I believe that will effectively combat this epidemic of senseless murder and mayhem by Islamic Jihadists—and at least one part of this solution may help cut down on the death toll among deranged glory killers as well. The first one is already being pushed by presidential candidate Donald Trump, but the second two are equally important.

First, we need to profile immigrants, and not allow young males from the Middle East to immigrate here, period. Does that mean we’ll be called names? Yes. Will it stop all terrorist acts on US soil? No. But it will stop the flow of future potential terrorists, so that we can get a handle on those already here.

Second, we need to force our law enforcement agencies to do the same. Focus on all young male Muslims, who’ve been in trouble with the law or even been a person of peripheral interest by the FBI. In almost every case, the killer is someone who had been on the radar of the FBI (or some other law enforcement agency), so that should be fertile ground to unearth sleeper cells.

Third, we need to make it easier for law-abiding citizens to get and carry guns. The left is obsessed with granting access to everything, except the one tool that could save your life in that split second when confronted by a deranged killer. We need to make “access” to firearms a top priority for every law-abiding citizen. Instant background checks should result in taking your gun home the day you buy it. After all, we never know when the next killer is going to strike. And as a nation, we’re fools if we choose to ignore the fact that war has been declared on us by an evil force that is deadly serious about the slaughter of innocents. Getting a CCW permit—concealed carry weapons permit—shouldn’t be such an odious, expensive and lengthy process.

If anyone in that Macy’s in Burlington, Washignton on Friday had been carrying—legally or not—they could have slowed or stopped the killer. It’s time we stop allowing the left to own the dialog by ginning up fears of a “gunfight” or a “shoot-out” like the OK Corral. Right now, our public squares—malls, schools, churches—have largely become uncontested killing fields. In numerous cases, conceal carry holders have returned fire and killed or stopped the killer from carrying out all of his evil plans. In Clackamas, Oregon, Nick Melli merely drew on the shooter, not firing for fear of hitting innocent shoppers fleeing the mayhem, but that was enough to cause the shooter to flee into a nearby stairwell, where the shooter killed himself.

It wouldn’t be hard for local police and sheriff departments to offer special large-scale conceal carry training, and it wouldn’t be the first time the government actually encouraged gun ownership and training. Just before WWI, the US Gov’t promoted marksmanship by creating the Civilian Marksman Program in order to improve the marksmanship of the citizenry in the event of war. The program trained generations of mostly young men how to shoot the predominant military rifle of the day by allowing those in the program, who had a clean record to buy a gun directly from Government Surplus.

It became crystal clear after the San Bernardino Terrorist Attack that the government cannot and will not protect you. It’s up to us. We the people must exercise our God-Given, natural right to defend our own lives from this evil threat lurking here on our own soil.

It’s time we tell the Government, “We got this. Get out of our way and go do the things you’re supposed to be doing, instead of infringing our rights, and making things worse.”
Godspeed,
Tim Donnelly
Former California State Assemblyman
https://www.facebook.com/tim.donnelly.12/