Steve Beaman, a self-taught, self-made millionaire, is doing incredible things–weaving God, values, and purpose into the financial lives of many Americans. 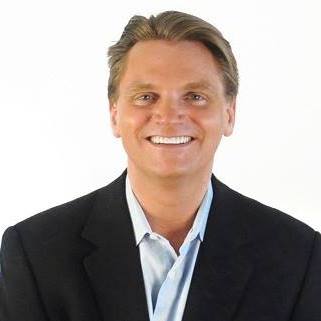 Beaman is a 30-year veteran of the financial industry. In an EXCLUSIVE interview, Beaman told PolitiChicks:

“I began as a retail stock broker back in the 80’s after having really lost my shirt in a penny stock investment. And then after working as a retail broker, I moved to the institutional side with a Chicago-based investment research company. Went from there to an econometric forecasting company working with Fortune 500 on econometric forecasts. And then started Chicago Investment Analytics, which became the premiere provider of financial research on Wall Street, and then sold that to Charles Schwab after a ten-year successful run, and subsequently established a private equity company. So, I’ve kind of been around the block more than once.”

A self-made financial success, Beaman loves to give advice on what is required to achieve economic prosperity:

“It comes down to the belief system that you can do it, you can achieve it. And then learn all that you can. Knowledge put into action is, in fact, Super Power. And without knowledge put into action, you can’t achieve great things. So, faith, knowledge, and finally, is hard work. Never think that it’s going to be easy. Overnight success usually takes ten years…but if you do something you love, you’ll never work a day in your life. So, although you may have long working hours, it doesn’t necessarily mean it has to be unpleasant work.”

Steve is the CEO of an organization called SAFE (Society to Advance Financial Education). Steve explained the inspiration behind the organization, and its main goal:

“We all remember the debacle in 2008 when the mortgage meltdown happened and people in this country lost huge percentages of their wealth. Well, I came out of that with a belief, I had gone through some transitions in my life at the same time, and I thought to myself, “Is there a way that I can give back and make something so material that it really would benefit our society and perhaps the way our nation works?”

So, I created this Society to Advance Financial Education (SAFE) as a 501 C3. Its goal is to take everything in my background, experience and knowledge and give it out at no charge to everybody in the world.

I do all I can to promote SAFE. Its mission is to promote and provide financial education and we like people to think of us as a friend in financial services. We’re not an adviser. We’re not out to exploit you. We’re not out to make some kind of return on your money. We are out to educate you on how to do it yourself and truly know the knowledge the insiders of Wall Street use.”

Beaman has given many speeches on the Key Successes to Small Businesses. He told PolitiChicks, “One of them is easily implementable and somewhat commonsense but rarely gets done, which is for the entrepreneur to have a board of advisers, almost like a board of directors where they bounce off their ideas, and they look at their compliance protocols. They look at it with a group of people they trust that will give them honest feedback, not just being ‘yes’ men, but actually kick the tires like a shark tank-type environment. And that can hone their skills and oftentimes help them sharpen up so that they can really avoid making the mistakes that others make.”

Since we are approaching the 2016 election in November, Beaman likes to talk policies rather than politics. He explained:

“It’s the policies that really make the difference. The personalities behind it, I really don’t care. If I look at the economy and the need in this country to get off of our 2% growth rate back to our 4 or 5% growth rate, we need to get our debts and deficits under control because they are creating a drag on the economy that’s real.

So, I think there are three dimensions we want to looks at: First of all, which candidate offers the best tax policy that will help promote that growth. On that, you’d have to go to Trump. He is promoting the serious corporate tax cuts. We have the highest corporate tax rates in the world. He’s offering to bring them down and that will be a huge stimulus to our economy. Secondly, he is promoting programs that will cut regulation and that’s the number one drain on business in this nation is overregulation. Now, when it comes to trade, I’m a little bit maybe on the Hillary side on those, only because I do worry about Trump’s proposals for tariffs. You don’t want to stop trade…we don’t want to go to tariffs as our way to protect our jobs. It won’t work. It will be a counter-effective thing.”

Beaman described the very first thing the next U.S. president should do:

“I think they need to come in the first hundred days and create a legitimate tax and regulatory relief program that can start to stimulate growth back into our economy. We still have the biggest and baddest economy in the world, there’s no question about it. But we are hamstrung by an over-regulated system. You look at Ford. I think they are moving their car production to Mexico. Companies do that not so much for labor rates as much as regulation. They can’t function in the regulatory environments that we have.”

“I love to work with those kids. I think they are the generation coming up that can make everything right. I started my first business when I was seventeen selling pots and pans door to door. And by the time I reached nineteen, I had forty salespeople working out in the field with me. It was a nice, little entrepreneurial business.

The enthusiasm and the faith that young people bring to life is the power they hold. Never ever give up on the belief that you can achieve it. It’s the number one thing they need to do. And they need to be ready to be a little bit ostracized by their peer groups because to step out as an entrepreneur and really make it work, oftentimes, will get you to be the butt of jokes and the person nobody fully understands. So, you’ve got to have thick skin.”

Beaman is also a father of six children, a Christian, and truly wants to help people have a fulfilled life. With experience in technology, finance and economics, Steve has dedicated himself to preaching a word of hope, happiness & prosperity to the American people.

Steve would love to help our readers to become a part of his team. To learn more about Steve and his organization, you can visit his website at: