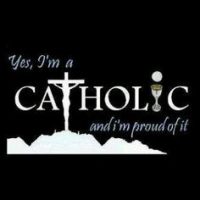 For centuries, going all the way back to the Revolutionary War, this nation has had a strong cultural connection with religion. Traditionally, that religion has been Christianity, though a great mark of America’s respect for individual liberty has always been its tolerance of all peaceful faiths. In this country, we believe that our connection with God is a great source of our strength, and over time, it has become a rock-solid anchor holding our communities together. It promotes family cohesion, leads to good and moral living, and gives people the hope and purpose they need to do great things in a great country.

There are a vast multitude of ways in which a strong spiritual center strengthens society, but let’s look at just a few of them. A strong belief in God and a healthy fear of His judgment – as well as a genuine desire to please and do right by Him – helps children empathize with each other even before they’ve had time to learn responsible social reasons for avoiding wrongful actions. When we consider the tragic epidemic of victimization that we face in schools today, the benefit of this belief becomes obvious. With less influence from religion and religious morals, fear is on the rise, and even more alarmingly, victims have become less able to cope with it: just recently, a precious child committed suicide over being terrorized by his peers. Ominously, others have lashed out violently, bringing guns to school and murdering their tormenters (and others).

This basic concern for human life and dignity extends to the macroscopic scale, too. Far too many times we’ve heard of young people in America falling in with the vicious sect ISIS and its twisted version of Islam, because their souls were never nurtured by a loving message from God. As bad as threats has gotten, this is several orders of magnitude worse: here we see how religion could have saved people from running with savage murderers, and how its absence strengthens and amplifies a global terrorist organization. This is serious.

There are so many other benefits to a strong religious upbringing. Traditional Christian values prioritize the nuclear family and promote a safe, supportive environment for children to grow. The Bible’s teachings of the importance of charity encourages the most blessed of our society to be generous with the poor – because it is good for their souls, not because the government takes more and more of their money by force and allocates it to bloated social entitlement programs. Religion also exhorts people to be more honorable, leading to a nation in which strangers can trust each other rather than assume that everyone is always up to something.

These and other influences of religion have always been so important to us as Americans, that local communities have traditionally been anchored around their church. The house of the Lord was also the neighborhood center for fellowship, support, and even counseling. There’s a long and proud history in America of people coming together to raise a church: donating their time and money to raise the funds needed to establish a center of worship, with all the many benefits it provides. An example of this community cooperation for the church is the famous Crystal Cathedral, whose interior is now being renovated to accommodate the Roman Catholic liturgy. It is set to reopen as the Christ Cathedral in 2017, when it aims to spiritually refresh its congregants and even become the seat of the Diocese of Orange County.

But on the whole, we’ve somehow forgotten the importance of supporting our local church. We donate many times more money to the campaigns of corrupt politicians than we can seem to muster for our own and our neighbors’ spiritual well-being. We spend less time making religion a part of our family lives. In short, we are gradually moving away from God – and it is hurting our communities and our nation.

There’s good news, though. Call me crazy, but I believe that no matter how much we foolishly turn our backs on God, He will never turn His back on us. There is still time for us to turn away from this arrogant, prideful course and welcome God back into our country and our lives. I only hope we do it quickly: it’s to our own harm that we ignore the power of faith, and America can’t survive without God forever.