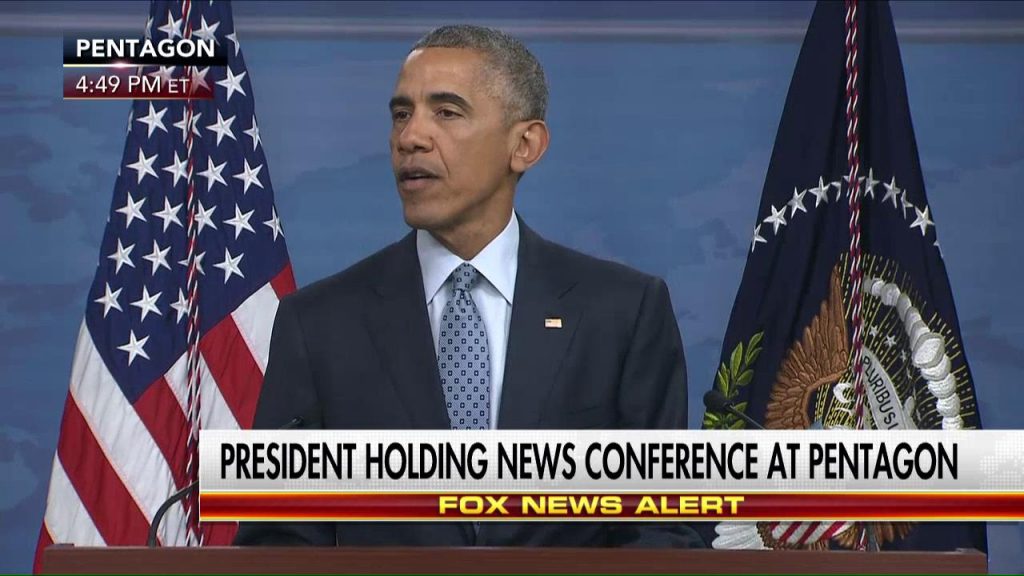 Speaking to reporters after meeting with Secretary of Defense at the Pentagon, President Obama continued his attacks on GOP presidential nominee Donald Trump, dismissing a recent statement made as “ridiculous.”

“I don’t even really know where to start in answering this question. Of course the election will not be rigged. What does that mean?” Obama told reporters Thursday afternoon when asked about Trump’s remarks. “I don’t think anybody would take that seriously.”

On Monday, Trump warned Republicans that he believed the upcoming election in November will be rigged on his appearance with Hannity.

“I’ve been hearing about it for a long time,” Trump said on Hannity. “I hope the Republicans get out there and watch very closely, because I think we’re going to win this election, but if it’s rigged like anything else — look, it was rigged I thought a little bit for me, and we won in landslides.”

The president continued with his remarks by pointing out to the fact elections are conducted at the state level and the federal government are not in charged with regulating elections.

“If Mr. Trump is suggesting that there is a conspiracy theory that is being propagated across the country, including in places like Texas, where typically it’s not a Democrat who are in charge of voting booths, that’s ridiculous,” Obama said. “That doesn’t make any sense and I don’t think anybody would take that seriously.”

He added that Trump should go out and try to win, drawing a sports analogy in his assertion.

“I think all of us at some points in our lives have played sports or maybe just played in a schoolyard or a sandbox, and sometimes folks if they lose, they complain they got cheated. “But I’ve never heard of somebody complaining about being cheated before the game was over or before the score is even tallied.”

“If Mr. Trump is up 10 to 15 points on Election Day and ends up losing, then he can raise some questions,” Obama added.

Obama had recently declared the GOP nominee was “unfit to serve as president” earlier this week when pointing out to the recent feud with the Khan family after the DNC.

“I think the Republican nominee is unfit to serve as president,” Mr. Obama said on Tuesday, adding that Trump is “woefully unprepared to do this job.”

On a separate topic regarding national security briefing, Obama said he believes Trump should continue to receive the briefings, but added that the GOP nominee needs to “start acting like a president.”

“If someone is the nominee, they get security briefings, so if they were to win, they’re not starting from scratch if they were to become president,” Obama said. “They have been told these are classified briefings. If they want to be president, they have to start acting like a president.”

Hillary Clinton Says ALL Our Rights Are Subject to Regulation