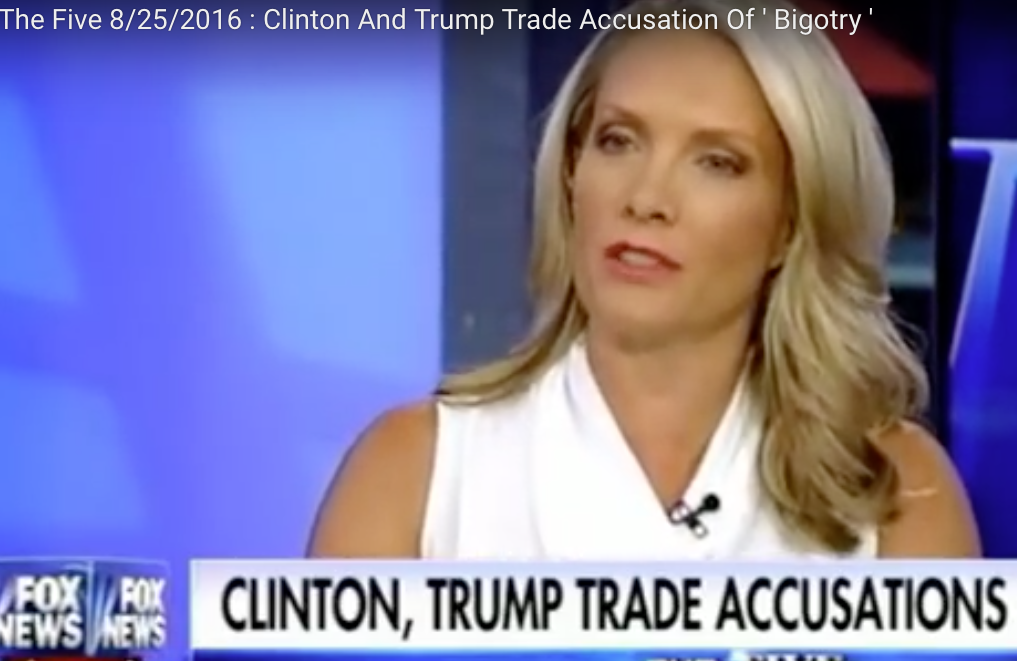 When I think of Dana Perino, vanilla ice cream usually comes to mind. Cold. Inoffensive. Ordinary. But last Thursday the politically correct Perino came out swinging against her version of the “alt right” brood and – wait for this – THE BABY BOOMERS.

My usual yawned response to the Perino segment on The Five went to my seeing red as she threw some combination punches in her signature “would you please pass the salt” tone while carefully managing her facial expressions to maintain her communication façade of, “but I’m really very sweet”.

Borrowing from Saul D. Alinsky Rules for Radicals, Rule #13 “Pick the target, freeze it, personalize it, and polarize it”, Perino begins her carefully crafted diatribe by assigning her Twitter attackers to the clans-ship of the alt right movement:

“. . .but there is a problem with this ’alt right’ movement and many people at this table and this network have been targets by these people who hide behind little Twitter accounts and write horrible, disgusting, things not just about liberals but about people like me. I’ve been a lifelong Republican. . .”

She defines herself as one who “dedicated her career to advance conservative principles and to try to win national elections”. Perino then blames Trump for not “shutting these people down” or telling them “they are not welcome here” [at his rallies]. She tangents off by guessing why Hillary focused her attack on Trump because, (using her mind-reading talent) Hillary really believes the new right movement is for, “. . . white nationalism masking as white supremacists and all that stuff. . .” as opposed to her campaign taking on water.

The definition of white supremacists is:

“White supremacy or white supremacism is a racist ideology centered upon the belief, and promotion of the belief, that white people are superior in certain characteristics, traits, and attributes to people of other racial backgrounds and that therefore white people should politically, economically and socially rule non-. . . .”

This is a perfect example of why Ms. Perino, a communication expert, has outraged many of us who are among the rational right as well as those she and her liberal cohorts now label the fringe.

The definition of nationalism has several meanings, one of which is to promote ideological warfare by creating more division in this nation among the already divided.

Nationalism to liberals and the establishment apparently means:

Ms. Perino lauded Hillary’s speech in Reno, NV as the best speech of her campaign. She then compared it with Trump’s Jacksonville, MS, speech by noting he delivered it in front of a “really white crowd” and was seemingly shocked that he used such “strong language” to call Hillary a bigot!

I felt I was in a Twilight Zone episode. The word “bigot” was strong language? But she has no problem agreeing with Hillary’s mischaracterization of the “alt right” members as “white nationalists or white supremacists”?

Trolls. Racists, White supremacists. White nationalists. Fringe. Bigots. White crowd. All these terms were used on this episode of The Five.

Alinsky would be proud.

Surprisingly, the banter among The Five members (7:25 into video) displayed such shallow knowledge about the alt right movement with no apparent desire or effort to research it further. With the exception for Brian Kilemead, who like many viewers, did not know anything about it and said so.

12 minutes into the video below, Dana exposes a rather self-righteous, superior sentiment:

Then Kilemead interrupts her when he accurately points out we were not “talking race” for 7 or 8 years” prior to Obama’s election. But Perino persisted, ending her attack on baby boomers with, “. . . and this will be their last go around.”

Perino is not only out of touch with the healing that had taken place in this nation regarding race relations prior to Obama’s election, she is also uninformed regarding the baby boomer generation that stretches from 1946 to 1964, making the youngest boomer 52 years old; certainly young enough to realize presidential aspirations.

Even more concerning is her apparent ignorance of what the race baiting in this nation is really about – and it isn’t the welfare of the African American by the Left. What she is oblivious to is that the baby boomers may well be the last line of defense for this nation’s survival as a Republic. We understand what is behind the Left’s psychological warfare aimed at dismantling the constitution, our moral clarity, meritocracy, and the free market capitalism that made us the wealthiest and most powerful nation in the world in less than 200 years.

Hint to Ms. Perino: Racism and nationalism compete for pre-eminence in politics. You can’t have both. Racism elicits entitlements from those who are not in the favored race of the moment. Diversity is at odds with societal cohesion. Nationalism, in this instance, elevates love of nation for the common good – for its survival. Hillary’s speech exposed her and the Left’s fears – the lynch pin of their power is being threatened. A unified love of the Republic is at odds with their political gain.

You’re right she’s concerned, but not for the reasons you gave. It’s not “white” nationalism at work here. It’s a call to get our nation off the cliffs and out of hock.

Ms. Perino, the Republican Party destroyed itself by promising to stop the Obama’s agenda, then aiding and abetting him instead. They are out of sync with We the People.

Please, in the future, try to keep up.