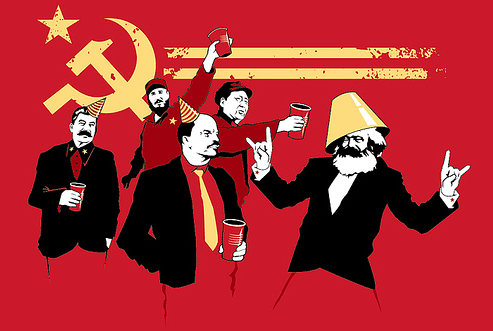 The Olympic Games in Rio are going to start this week. Those of us who have been following the Russian doping scandal, FIFA bribery and the turmoil inside the IOC, we have no illusions that it is politics as usual. Interestingly, that is also how the majority of Brazilian people see it: “Olympic Games take money from our healthcare and take our tax money for projects we don’t need and which we cannot afford. Brazil is uglier and more dangerous. Do not come to Brazil.” Such are most frequent responses you can come across on television and internet.

The main problems in Rio are: the Zika virus, terrorists, and lack of proper facilities and preparedness. Last week, a dead body was found on the shore exactly where the open water competitions are going to take place. Water is polluted and cannot be cleaned. Toilets and electricity do not work. The new bike-path, which was erected on the shore for the Olympics, recently collapsed – even the Rio Mayor called this an “unacceptable disaster.” While Rio is clearly not ready for the Olympics, and the International Olympic Committee says defensively “we are not to blame” – the question remains: Who is?

Here is the answer: Brazil touts itself as a “democratic federative republic with a presidential system.” The fact is that it is a socialist country with the four major parties ranging from mid-level socialist to communist: Workers’ Party (PT), Brazilian Social Democracy Party (PSDB), Brazilian Democratic Movement Party (PMDB) and Democrats (DEM). In all, fifteen political parties are represented in Congress and it is very common for Brazilian politicians to switch parties, depending on whether they feel more communist or socialist that particular election season and which strain of socialism is more likely to succeed. Naturally, the power of the Executive (big government) prevails everywhere. There is no system of checks and balances as we know it.

Current Brazilian President Dilma Rousseff is a communist community organizer. Alinsky would be proud of her! It is not a far stretch to say that she could shake hands with Ms. Clinton, in more respects than one. Rousseff’s father, a staunch communist in the 1920s in Bulgaria, escaped persecution to France, which has always been welcoming of “liberalism.” He stayed for 4 years. By the early 1930s, he ran away to Brazil, where his daughter Dilma was born in 1947.

In 1967, she joined the Worker’s Politics, an organization founded in 1961 as a faction of the Brazilian Socialist Party. This party of socialist activists split between the radical revolutionaries and those who thought socialism should be implemented gradually. Rousseff joined the revolutionaries, the armed group of “democratic-socialists,” which originated the Command of National Liberation (Portuguese abbrev. “COLINA”). According to the 1968 leader of COLINA, himself a revolutionary who taught Marxism to Rousseff in high school, “she chose the armed struggle after reading a French communist who had moved to Cuba and became a friend of Fidel Castro and Che Guevara.” The fact that they overthrew their social-democratic President João Goulart and started a “new democratic party” speaks volumes about their goals.

Where is Rousseff now? She is being impeached. It is only now, two years after the fact, that the truth of her 2014 re-election is coming out. It took one million Brazilians protesting in the streets of the capital, calling for Rousseff’s impeachment. The main impetus was her Petrobras graft and kickbacks (from 2003 to 2010), but there are also various offshore accounts and “collections of art” of her friends being investigated as money-laundering parts of Rousseff’s machinery. In November 2014, police raided prominent Brazilian politicians and businessmen all over Brazil, including some Petrobras directors, who were placed under investigation in regards to “suspicious” contracts worth $22 billion.

Under Rousseff’s “leadership,” the government of Brazil itself has been accused of carrying out so-called “fiscal pedaling” – an accounting maneuver through which the government gives the false impression that it received more money than was spent. In other words, they have been fiddling the books. This is typical of all socialists: in order to further personal gains, they have to lie in public. Their “Five-Year Plans” have quota and, no matter what people may want (never mind free market) the quota must be met. When they take over the country, the whole country is at risk. If they are in charge of a foundation or business, everyone in that foundation or business must be corrupt because they must report numbers and data that do not exist. “Fiscal pedaling” is a cute term for a mafia racket.

Why are there so many issues with the Olympics? Money has disappeared in private pockets, government contracts have been chiseled, materials stolen, diluted, switched… In socialism, everything “belongs” to everyone, so no-one really cares about public projects, works, national prestige. No-one can be blamed, although there is always plenty of blame to go around. In fact, there is nothing but blame, because responsibility is a matter of individual ethics – and there are none: socialism teaches “social justice,” “economic justice” and all other sorts of “social” nonsense. Individual rights are trampled upon by the worriers of “social justice,” who live under the pretense of self-abnegation and doing well for the “society at large.” The collective must crush and enslave the individual for the general good, for the government and Party to remain with impunity. Self-reliance, responsibility, morals and ethics which originate in the family – all those basic fundamentals of a healthy capitalist society – are disregarded because they are deemed selfish, against the proletariat.

How can anything get done in such a country? Indeed, Brazil survives only because it is bigger (than, e.g. Venezuela or Cuba) and has been inviting more foreign investment. Brazilian people should realize that socialism is not a solution but the problem. In fact, it is a disease. Healthy capitalism is the cure and solution: free market and competition! Free market cannot invest into a socialist economy. Any such investment will turn into nothing but “giving away free stuff.” Why are the Olympics in shambles? Because of graft and crooked politicians who are interested in fattening their pockets and perpetuating their rackets – not in the well-being of their country, people or national pride.

Benghazi: A Tale of Two Reports