There’s a quote from the Bible of which President Barack Obama seems quite fond, as he likes to use it often and has even named an initiative after it. He enjoys saying, “I am my brother’s keeper.” 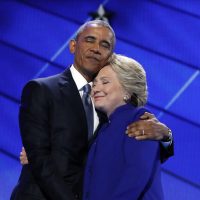 But for this brief mention, we’ll ignore the fact that it’s actually a misquote. The Biblical line is “Am I my brother’s keeper?” and was used by Cain to defy God’s implication that he should be responsible for knowing the whereabouts of his brother Abel.

Naturally, Obama uses it in precisely the opposite manner, and in fact bases his political ideology on the philosophy suggested by his twisting of the passage. He uses the label “my brother’s keeper” not as a murderer’s desperate defense (in the Bible, Cain had just killed his brother when he said this) but as a label for his twisted image of a government nanny state. The noble notion that people should love one another turns into the idea that a socialist nightmare is desirable.

At least, that is what we are to infer from looking back at Obama’s policies of the past seven+ years. Without question, his most significant – in no way meaning “good” – achievement has been the passing of the Affordable Care Act, or Obamacare, his effort to guarantee health care coverage to all Americans. What it has actually done, however, is to send people’s health insurance premiums through the roof, force them to follow government-mandated healthcare plans (despite Obama’s early assurance that “you can keep your doctor”), and caused so much friction with individual states that never wanted anything like this stab at socialized medicine that many poor people are unable to be covered at all. It is also threatening to take the bottom out of the health insurance industry itself: several major providers have already announced that they will be withdrawing their participation from Obamacare, having lost so much money trying it that they could not continue running their business under its requirements.

Obamacare is a pretty blatant socialist policy, which essentially means it sets out with Robin Hood-like intentions to take from the rich and give to the poor. And this is emblematic of Obama’s presidency in general. He believes in higher taxes and bigger government, stealing money from those who earn it so it can be redistributed to those who don’t.

And it doesn’t work. History has proven this. Higher income people got where they are by working hard, and if you simply take away their earnings to give to others, something terrible happens: neither the victims of your theft nor the beneficiaries of your generosity have any incentive to work hard.  The entire American labor force is dumbed down by the premise of the most productive being forced to support the least. It’s sold as being “my brother’s keeper”, but it is simply socialism. And socialism isn’t benevolent or generous; it’s just a failed system.

Obama has not even been consistent about caring for all Americans. If we look at his biased support for the “Black Lives Matter” movement, which is practically a terrorist organization at this point with a bona fide body count, we see that he has no support for the nation’s police force. He fans the flames of racial hatred, and it has already led to the deaths of police officers. Apparently cops are not Obama’s “brothers”, because he most certainly has not been their keeper.

What’s especially disturbing about all this is that we have a candidate for president essentially running on the promise of continuing Obama’s failed policies. Hillary Clinton has already spoken of her “Sequel to Hope and Change” and praises President Obama and his ideas often. The months of racial tensions have bubbled to the surface and led to significant violence and Hillary Clinton pays tribute to  the educational and economic challenges facing young men of color and also announced an expansion of Obama’s signature My Brother’s Keeper initiative. Make no mistake: in the coming presidential election, one of our choices is for a third Obama term. Now she will expand the Obama’s question, “Am I my brother’s keeper?”

Raising a Church - The Power of Faith