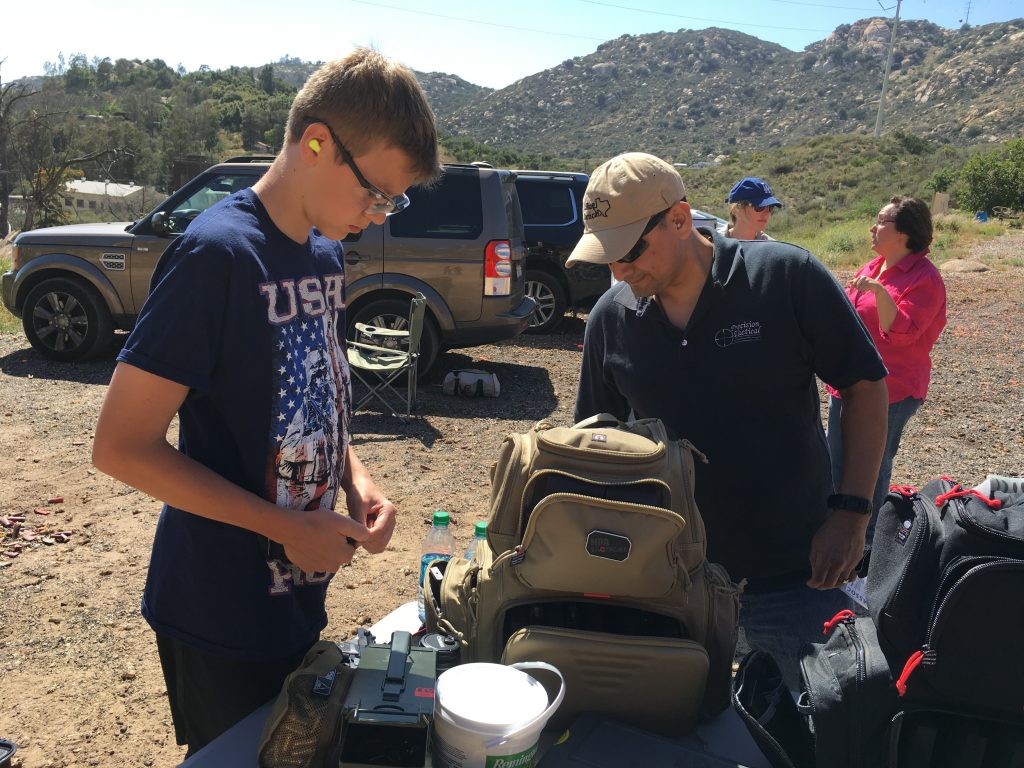 “So goes California, so goes the nation. We need to show these laws are an increased burden on citizens and not reducing crime and we need to stop these laws here. The battle starts and finishes here. So no other states follow,” said David Matza, communications manager for the California Rifle & Pistol Association.

While Americans were fixated on both the Republican and Democrat conventions, politicians continued to push their agendas on gun control from Washington D.C. to California.

On July 22, President Barack Obama signed an executive order that could put small gunsmiths out of business. The order requires any business that makes parts for guns to register as a manufacturer. The US State Department’s Directorate of Defense Trade Controls (DDTC) is also part of the Arms Export Control Act (AECA) and the International Traffic in Arms Regulations (ITAR). The DDTC according to reports require that any manufacturing business pay more than $2,000 a year to register. So a small company that may fix an older gun or thread a barrel may be shut down.

This type of legislating of guns through taxation or redefining what it takes to make the guns or the parts for the gun owner to operate the gun is growing in popularity especially in the state of California.

On the eve of the Fourth of July weekend, Governor Jerry Brown (CA) signed into law six gun-control bills that some say strip citizens of their constitutional rights. The rights violated are claimed to go beyond the second amendment by opponents and make California the state with the strictest gun laws in the nation.

The new laws go as far as banning types of semiautomatic rifles that are currently legal, and regulate the sale of ammunition. At the same time these laws are being passed down for the average citizen to follow, certain classes of citizens are allowed exemption from the new laws. The exemptions, opponents to the new laws say, are also a violation of the constitution.

Jeff Greene from Riverside County in California said, “Turning in legally owned private property without compensation is in violation of the 5th and 14th Amendment. It also sets up and unequal treatment or special privileges between normal citizens and retired police officers.”

Police officers even those retired are exempt from some of the laws creating a separate class of citizen. The notion of allowing some not all citizens a constitutional right is being challenged

The 5th and 14th Amendments forbids states from denying any person “life, liberty or property, without due process of law” or to “deny to any person within its jurisdiction the equal protection of the laws.” By directly mentioning the role of the states, the 14th Amendment greatly expanded the protection of civil rights to all Americans and is cited in more litigation than any other amendment.

“Yet I’m expected to hand in or destroy hundreds of dollars’ worth of magazines for nothing,” said Greene.

At the same time Brown stripped away some gun rights from law-abiding citizens he vetoed AB 1176 a bi-partisan bill that Republican Assemblywoman Melissa A. Melendez, R-Lake Elsinore, joint authored with Assembly members Jim Cooper, D-Elk Grove, and Adam Gray, D-Merced, to reinstate felony penalties for firearm theft that had been reduced under Proposition 47.

Prop. 47 was passed by a vote of the people in 2014 reducing certain drug crimes from felonies to misdemeanors and requiring misdemeanor sentencing if the theft or stolen property was under $950.

Citizens across the state are feeling the effects of Prop. 47 with an uptick in home invasions and stolen cars.

“It’s baffling. After a week where the legislature passed numerous anti-gun laws aimed not at criminals, but at law abiding citizens, the only sensible legislation that specifically targeted criminals the Governor vetoes,” said Melendez. “When will the Democrats stop protecting criminals and start defending the rights of Californians?”

These new gun laws set precedent for other states to follow. That is why citizens in others states should pay attention to what is happening in Democratic controlled state of California.

The following are California’s latest gun control bills broken down into sections.

(A) Remove the large-capacity magazine from the state.

(B) Sell the large-capacity magazine to a licensed firearms dealer.

(D) Surrender the large-capacity magazine to a law enforcement agency for destruction.

If you currently own one or purchase one before Jan. 1, 2017, you have the following year to re-register the firearm with the Department of Justice.

Laws on lost and stolen guns

“Our position is we want everyone to be able to carry and own a fire arm. We do not want the laws. We are huge supporters of police officers but we don’t want the laws to exist in the first place,” said Matza.

Matza said the CRPA legal team has been reviewing the litigation route over violations of the second amendment.

“We are fully looking at effects of these bills,” said Matza. “These six laws are so cumbersome and complicated it has taken us three weeks to just work through them to fully understand their consequences.”

Matza said the CRPA believes they will be successful fighting the new laws.

“In our opinion the politicians are passing these laws to do something to feel good about for themselves, not worried about consequences. It is only for political gain,” said Matza.