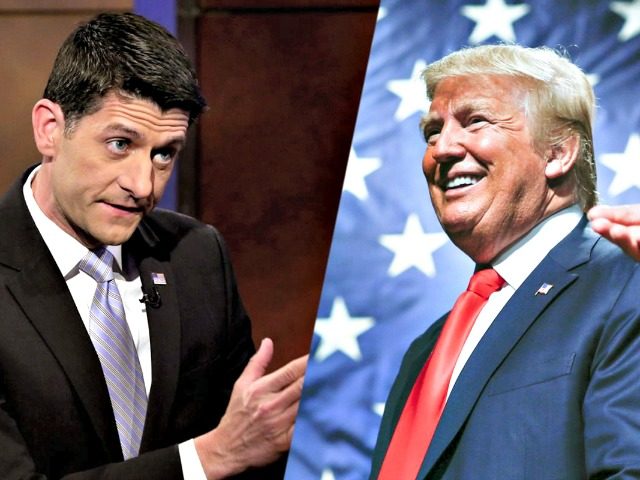 In an interview with The Washington Post on Tuesday, Republican presidential nominee Donald Trump declined to endorse a pair of GOP leaders — Paul Ryan in Wisconsin and John McCain in Arizona in their upcoming primary fight, reminding the party is still deeply divided even after the GOP national convention in Cleveland two weeks ago.

Asked about McCain, Trump stated he hasn’t endorsed the Arizona senator due to his lack of taking care of the vets in the senate.

Both Ryan and McCain have been critical of Trump over his recent ongoing feud with the Khan family. On Sunday, Paul reiterated his remarks of rejecting Trump’s proposed temporary ban on Muslim based on a religious test from entering this country, while McCain gave a lengthy statement that was harsh against Trump, calling for the GOP nominee to “set the example.”

A religious test for entering our country is not reflective of America’s fundamental values. I reject it. pic.twitter.com/DdsYj2XoLS

“Arizona is watching. It is time for Donald Trump to set the example for our country and the future of the Republican Party,” McCain statement reads. “While our Party has bestowed upon him the nomination, it is not accompanied by unfettered license to defame those who are the best among us.”

McCain statement continues, “I claim no moral superiority over Donald Trump. I have a long and well-known public and private record for which I will have to answer at the Final Judgment, and I repose my hope in the promise of mercy and the moderation of age. I challenge the nominee to set the example for what our country can and should represent.”

Trump previewed his non-endorsement of Ryan in a tweet Monday afternoon by praising Ryan’s opponent, Paul Nehlen. “Thanks to @pnehlen for your kind words, very much appreciated,” Trump tweeted.

Thanks to @pnehlen for your kind words, very much appreciated.

Responding to Trump’s interview, Ryan spokesman Zack Roday said in a statement to the Washington Post — “Neither Speaker Ryan nor anyone on his team has ever asked for Donald Trump’s endorsement. And we are confident in a victory next week regardless.”

Republicans are lucky to have great ldrs like @PRyan, @SenJohnMcCain & @KellyAyotte -ALL are critical to holding our conservative majorities

Unfit for Office: Obama Made Secret $400M Deal With Iran