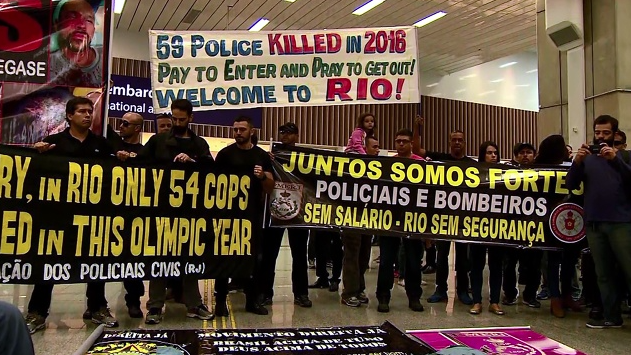 As a former Olympic swimmer, I cannot remain silent. To me the question is simple: Do we believe an Olympic gold medalist or the crooked socialist Brazilian police?

Apparently, there was an accident and a gas station bathroom mirror was broken by one of the four athletes. They paid for the damage and left. No one goes to the bathroom to intentionally break a mirror, and God only knows how this mirror was attached and what else was in play.

We know that an Australian, British and other Olympic athletes have all been robbed in Rio. We know that a dead body and a floating human leg were found during the open water races. We have heard of the Brazilian police raids and intimidation…

What we also know is that there was no immediate investigation, the athletes were not arrested (as they would have been had any crime really occurred) – until Ryan Lochte gave his interview, in which he described how a cocked gun was pointed at his head and they were only let go after they paid money to these “cops” in an unmarked car. He had no reason to assume that they were real police, as police in the United States do not extort money nor stop people without a reasonable suspicion. It is very likely that the two incidents were not even connected.

As the story Ryan Lochte told was not contradicted by Brazilian police at the news conference today, it is beyond dispute. What is more, there are three other witnesses to this event. As the case stands, Ryan Lochte has a legal right to sue Brazilian police for all damages, including emotional distress and extortion. It is unlikely that he will recover anything, because Brazil is a socialist country with President who herself is being tried for $22bil Petrobras fraud and other criminal activity. This is what happens when people elect crooked executive. The fish stinks from the head.

Socialist police is the right arm of the Executive. Further, all judges in Brazil are appointed (by the executive) and there is no trial by jury. Everything happens by decree. There is very little, if any, rule of precedent (stare decisis). Would any judge or member of police risk their position by turning in on their executive employer and siding with the accused?

So, do we believe an Olympic gold medalist or a member of the crooked socialist Brazilian police?

MUST READ Book: "Rotten to the (Common) Core"

WHY Is the Media Ignoring Worldwide Persecution and Slaughter of Christians?