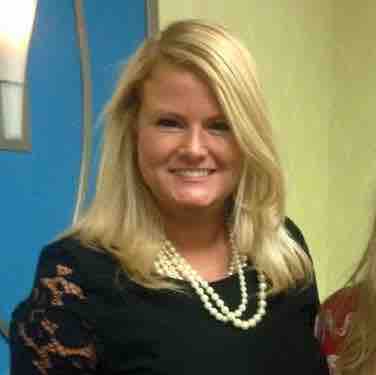 Amanda Owens is the Founder and voice behind Future Female Leaders, America’s leading social movement for young, empowered, conservative women.  She is a graduate of East Carolina University College of Business and a true American entrepreneur. Amanda has most recently been involved as a speaker and consultant at some of America’s leading conservative organizations such as: American Conservative Union, College Republicans National Committee, Turning Point USA, Network of enlightened Women, and Clare Booth Luce Policy Institute.

Amanda Owens:  I’ve always really enjoyed history and cherished the time I got to watch the news with my dad after he came home from work.  The first time I got interested in politics was my senior year of high school.  I had a liberal government teacher and it was in the midst of the 2008 election.  I didn’t agree with a lot of what she had to say so that catapulted me into researching both political parties and stances on issues.  I discovered that I best identified with the Republican Party.  Throughout college, I tried my best to stay informed in current events and the political process, but it wasn’t until the 2012 election that I really took active steps in getting involved in the process.

Q: At what age did you know you wanted to go into journalism?

Amanda Owens:  Although I love content creation, social media, and informing young women on current events – it was never formally a part of my aspirations growing up.   I majored in Business and was hoping to thrive in that field.  Politics was a passion of mine starting in college, but I never thought of it being my career path.  I did, however, thoroughly enjoy staying informed and voicing my opinions about current events, our current administration, and the highs and lows of being a young woman –  which was what led me to create the Twitter account, FFL, but I never once thought that it would end up being my job.  I’m very thankful that my passion is now my career.

Q: What inspired you to start Future Female Leaders (FFL)?

Amanda Owens:  FFL was not created to be a brand, organization, or a social movement of any kind, rather it was created because as a young, conservative woman, I felt like my views were often discounted, dismissed, and ignored.  In the midst of the 2012 election madness, I found myself writing Facebook statuses about all what was going on.  I soon found that people – even ones I called my friends –  could be cruel, mean, and rude when I had a different political opinion than them. As a young woman, still finding myself, I was insecure in putting my voice out there, because of those comments I received.  I wanted a place to freely express my opinions and thoughts on politics and current events – without having my name attached.  One July night in 2012, I sat in my childhood bedroom and created an anonymous Twitter account.  That account was called FFL.

Amanda Owens:  I get asked this question often, and right now, I don’t have a definitive answer.  What has been so remarkable about this journey is I don’t always know what the next chapter could bring. Stay tuned.

Q:  What is your vision for FFL?

Amanda Owens:  My vision for FFL is to grow and be the number one platform for conservative women.  We want to be a lifestyle source for women as they go through the monumental moments in their life. I want every conservative girl that was just like me to know they do not have to sacrifice what they believe to achieve a certain standing.

Q: What was your life like as a teenager? Did you have a normal youth?

Amanda Owens:  Little did I know that growing up as a daughter of an entrepreneur was preparing me and teaching me real-life lessons of life at a young age.  From the time I could walk and talk, I was working… whether it was yard work, chores, or mundane tasks to help my family’s small business move forward.  There wasn’t a summer, winter break, spring break, or long weekend that I wasn’t working in some capacity.  I hated it then, but I credit that to building my work ethic that has led me to be able to run a small business.

Amanda Owens:  I really admire Nikki Haley.   She is the first woman governor of South Carolina and the youngest governor in the United States.  In addition, she is the second Indian American governor of the United States.  She defies the stereotype that the Republican Party is just old, white men – a stereotype we at FFL defy daily.  She’s smart, articulate, strong, and in my opinion, a great role model with young girls.

Amanda Owens:  Katie Pavlich inspires me as a younger conservative.  I love how articulate and bold she is. Dana Perino inspires me to be positive and stay kind through her cheery and upbeat outlook on life. My friend, Kimberly Corban, inspires me because she took the ultimate negative situation and turned it into a positive.  Her story should be heard by every woman.  Another friend, Alex Smith, is such a wonderful leader in the movement and showcases the true meaning of poise and elegance

Q: Who are your role models? Is there any one person or persons who have influenced your career?

Amanda Owens:  My father is most certainly my number #1 role model and has the biggest influence on my career.  He went to college without knowing what the square root sign was, but ended up being the youngest person to pass all four parts of the CPA exam in West Virginia at the time.  As an entrepreneur himself, he’s shown me what true hard work and sacrifice is.  I never stop learning from his wisdom and always bend his ear about life, decisions, and FFL.

Amanda Owens:  Get informed.  Do your research.  Know why you stand where you do on an issue.  Get involved.  There are so many great right of center organizations out there to be involved with.  Go to as many conservative events you can go to.  It’s a great way to meet likeminded people, strengthen your arguments, and network.   Get involved in apolitical organizations, because introducing those groups to politics is how you can start the conversation and have healthy and productive debate with those who don’t agree with you.  Preaching to the choir and rallying the troops is important, but so is substantive discussion with the other side and getting apolitical individuals involved and engaged in the process.

Q: What are your top 3 must-read books for conservatives?

Amanda Owens:  “And The Good News Is” by Dana Perino, “Assault and Flattery: The Truth About The Left And Their War On Women” by Katie Pavlich, and “Leave Your Mark: Land Your Dream Job, Kill It In Your Career, And Rock Social Media” by Aliza Licht

Q: Name one event that changed your life.

Amanda Owens:  Sitting in my childhood bedroom on that July night, making the Twitter account called FFL that would soon end up being my career and my life was probably the biggest event that changed my life.

Q:  What inspires you to push through? Is there somewhere you go physically or mentally?

Amanda Owens:  What inspires me to push through the tough times is spending time with family and friends.  My family and friends have been so supportive, sacrificed so much, and listened to every trial and tribulation that I’ve gone through for almost four years.  I don’t think I’ll ever be able to repay them for the emotional support they’ve provided me.  There’s a saying that says “Keep Calm and Carry On.” but I live by “Freak Out and Call Mom or Dad.”

Q: What would you tell the young  Amanda Owens’ of the world as they work hard to achieve their dreams?

Amanda Owens:  You’re not above any job – don’t act like it.  Katie Pavlich once said a quote that really sums it up best, “Humble yourself or God will do it for you.” I’ve found that to be very true in my life.  You’re human – you’re going to have and failures and bad days.  Acknowledge that and be able to pull yourself out of them.  If it was easy, everyone would be doing it.

Q:  What advice would you give to aspiring news anchors and political commentators?

Amanda Owens:  Have confidence in your ideas and thoughts, but also be open to other’s opinions or suggestions.  It’s okay to be scared, but it’s not okay to let that fear hold you back.  Go out of your comfort zone.  Be kind, even to those who have tried to harm you.  Don’t compare yourself to others.  Stay humble.  Work hard.  Don’t let others define you.  Stay true to who you are.  Breathe.

Q: If you could go back and change one thing in your life, what would it be?

Amanda Owens:  As cliche as it sounds, I wouldn’t change a thing.  I think it’s important to realize that every unfortunate event, regardless of if I wanted a different outcome, has taught me a lesson and molded me into who I am.

Democrats: The Party of Unconscionable Behavior