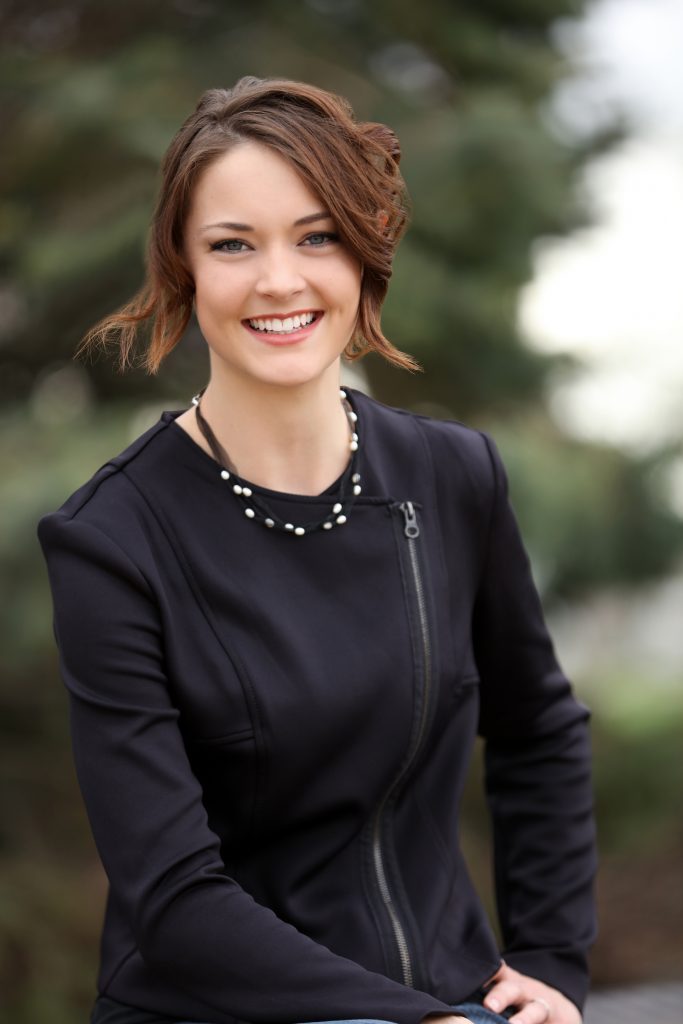 Meaghan Croghan is a 21-year-old political activist from Keenesburg, Colorado where her family runs a small ranch on 40 acres.  Despite her young age, Meaghan has already made some waves within the Colorado GOP.  In 2014, she received “repeated applause” at a Stop Common Core rally.  And in 2015, Colorado PolitiChick writer Kathryn Porter mentioned Meaghan in a piece about the Colorado GOP.  Meaghan considers herself a keyboard political commentator, outdoor enthusiast, and a lover of craft brews.

Meaghan Croghan:  What sparked my interest in politics was my parents’ involvement in local politics – watching them invest their time, treasures, and talents inspired me to get involved. They also made a point to discuss politics and current events at the dinner table, this made a strong impression on the kind of future I could help build for myself and my fellow countrymen.

Along with discussing politics, we would casually analyze current event and how it affected us, politically, financially, personally, and otherwise. Most importantly, we would talk about whether the most recent congressional bill, event, television series, etc. was right or wrong and why. Sometimes we would disagree, when that happened, we would dive deeper into the issue and defend our position or opinion and we would change each other’s minds on occasion. This kind of family dynamic helped to form my political views and compel me to share the conservative case to a broader audience.

PC:  At only 21, you have really stepped up on the political scene.  What project are you working on now?

Meaghan Croghan: Though I have accomplished quite a bit politically compared to 42-year-olds, I try to keep my accomplishments in perspective. I am currently the State Director on the Campaign to Elect Darryl Glenn, who is running for U.S. Senate in Colorado. I am helping in ancillary roles on two local County Commissioner races, contributing to radio programs, and working with two fellow Millennials to build up the Millennial Policy Foundation, which is a think-tank working towards policy solutions, geared towards issues facing Millennials and the greater American populace.

PC: What was your life like as a teenager? Did you have a normal youth?

Meaghan Croghan: My life as a teenager wasn’t dissimilar to others’ in many ways. I was awkward, somewhat rebellious, and didn’t know where I fit in. Some things never change, though, come to think of it.

I did have some experiences in my teen years which were atypical, however. I was homeschooled, crafty, and just starting to dip my toes into political waters. Around those years I was showing my horse in local horse shows, I was making soap from scratch and trying to grow a business selling soaps and lotions, I bought several pigs which would go to the freezer and I was riding motorcycles and shooting shotguns, rifles, and hand guns with my family.

We went on to breed pigs, sheep, and fowl. There is nothing is quite like waking up on a spring morning to hatched ducklings and new lambs. It wasn’t all romantic, though. As a family, we were farming hay – if you want to build character in youth today, I recommend having them walk through fields in 90 degree weather picking up 50lbs hay bales and bucking them on the bed of a trailer for hours. My brother’s and I loved that. Later on, I tried my hand at gardening and quickly realized that I didn’t have a green thumb, so I further invested in pigs and sheep, geese, ducks, and guinea hens. I would raise them, then as a family, we would butcher and process our own meat and sell to family and friends through a local smoke house.

PC:  Who are your role models?

Meaghan Croghan: For many reasons, my mom is my number one role model (she also happens to be my number one cheerleader and supporter). My mom graduated college with a degree in equine science and, after marrying my dad, chose to stay home and homeschool us. I know my homeschooled, farmstead upbringing and her animal wisdom and intelligence are why I was able to have not only the time, but the know-how to raise animals and be the woman I am today, shaped heavily by my upbringing.

Another role model of mine is Dana Loesch. She has the feisty, firearm wielding feminine thing going on for her that I relate to and she isn’t afraid to be a conservative woman in a world in which media and pundits unfriendly towards conservative women.

Lastly, a gentleman who I admire for both his technological prowess and fashion philanthropy is Blake Mycoskie, the founder of five businesses and creator of TOMS shoes and the One-For-One program. Blake went to Argentina where he realized the vast, scouring need for shoes, clean drinking water, and eye glasses. With such a strong entrepreneurial spirit, Blake balked at the idea of creating a nonprofit company that would require endless galas and fundraising to stay running, so instead, he founded various for-profit companies which supply cool shoes, sunglasses, purses, and coffee for us in “first world” countries at a slightly higher cost, then, one-for-one, provides similar goods to those with nothing for free.. His company has become a trend setter, too!

PC:  What advice would you give to young conservative women wanting to make a difference?

Meaghan Croghan: Diversify! Start by understanding a broad range of subjects, study on issues, people, congressional bills, and historical documents relating those various subjects, then, as you find a few that truly resonate with you, join a club or organization that makes a difference in that area. Be a big drop in a small bucket; I’ve discovered that the closer you are to each victory within your chosen organization, the more motivated you will become. Besides, there are literally thousands of organizations that would be grateful for entry-level volunteers and certainly work with a protégé or offer apprenticeships. Start local and see where your path takes you and never be afraid to take a stand, take the stage, and inspire minds. Speak out on the issues that matter to you and do so ready to defend your position. Capitalize on who you are and your specific skill set to make a splash. I would be remiss if I didn’t mention how important volunteering on campaigns is.

PC: What are your top 3 must-read books for conservatives?

Meaghan Croghan: Absolutely number one, especially for Christian conservatives, is Defending the Free Market: The Moral Case for the Free Economy by Reverend Robert Sirico, former hard-core Leftist who reformed and founded The Acton Institute for the Study of Religion and Liberty. A fascinating read about his life story and how he went from a socialist to a free-market capitalist who clearly understands and explains the morality of freedom and the oppression of socialism.

Naturally, Atlas Shrugged by Ayn Rand is one that every person of every walk of life should read. Though it has areas that push the R rating, Ayn dives into what America would look like under fascist, socialistic rule. Unfortunately, her characters hide away in the mountains instead of solving the problem which leads to my last recommendation…

Milton Friedman’s Capitalism and Freedom which is an enthralling look at the necessary choices citizens must make in choosing between a government that tends to all with iron-fisted kindness and free market capitalism that tends to make people afraid of their own freedom. I stay vigilant in looking for resources and reading materials which seek to enlighten and inspire action to solve problems rather than just explain why the problem exists.

PC: What inspires you to push-through? Is there someplace you go physically or mentally?

Meaghan Croghan: I just look back on picking up those hay bales from the field and remind myself that even the most arduous, manual labor has purpose: feeding horses and cattle. Though an extremely difficult and lackluster job that was, picking up hay bales had purpose. If I find myself in a place where I just don’t want to go on, I think on how that arduous task fed animals, so whatever I’m lamenting on could feed something even bigger; my career goals, help a person in need, or get a candidate elected. Staying focused on the goal and remembering those hay bales is very helpful when I need to stick to a difficult project.

PC: What is your ultimate career dream?

Meaghan Croghan: I am working towards becoming a campaign manager for state and local candidates. Each year, seats go unopposed and candidates who could win are directionless as to how to campaign. Oftentimes, you find a candidate who would make an excellent representative but they don’t know the first step for getting a successful campaign off the ground. There is a knowledge gap between the ambition to run and the actual seat they want to win and I want to bridge that gap, especially for local races who often get left behind. On the side, I wouldn’t mind applying my wit and wisdom to a blog or radio show! My goal is to be so good that I can call myself The Fairy-god Princess of campaigns on my business card and professional webpages and mean it.