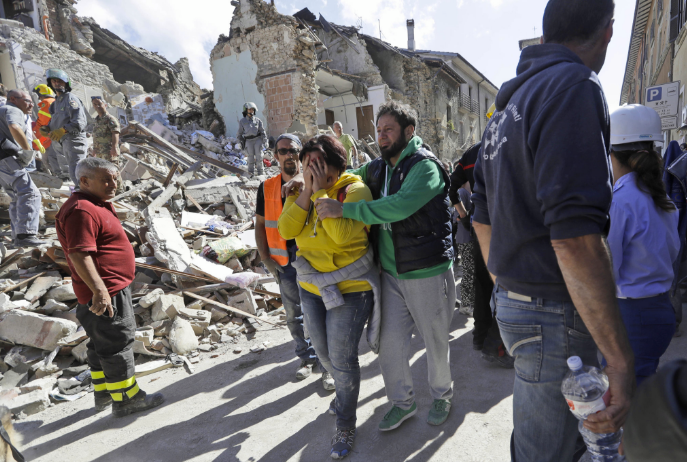 A 6.2-magnitude earthquake struck near Norcia in Umbria, central Italy, at around 3.30am local time, killing 73 people, including an eight-month-old baby, his brother, nine, and their parents, who were buried in their sleep.

The true horror of the Italian earthquake disaster was revealed this morning as witnesses described the hellish scenes as ‘like Dante’s inferno’ and shocking pictures showed how four towns were almost wiped off the map.

“At least 73 people were killed, including two babies, and 150 people are believed to be trapped under rubble after the 6.2-magnitude quake struck at 3.30am local time this morning while villagers slept in their beds.
Agostino Severo, a Rome resident visiting the hamlet of Illica, north of hard-hit Amatrice, said: ‘We came out to the piazza, and it looked like Dante’s Inferno. People crying for help, help. Rescue workers arrived after one hour… one and a half hours.’
Today rescuers spoke of hearing children’s screams from the rubble and locals were spotted frantically digging with their bare hands to try and save loved ones.
The quake which devastated the mountainside towns and villages of Amatrice, Accumoli, Arquata del Tronto and Pescara del Tronto was so powerful that it even rocked buildings in the centre of Rome more than 100 miles away and was felt as far away as Croatia. 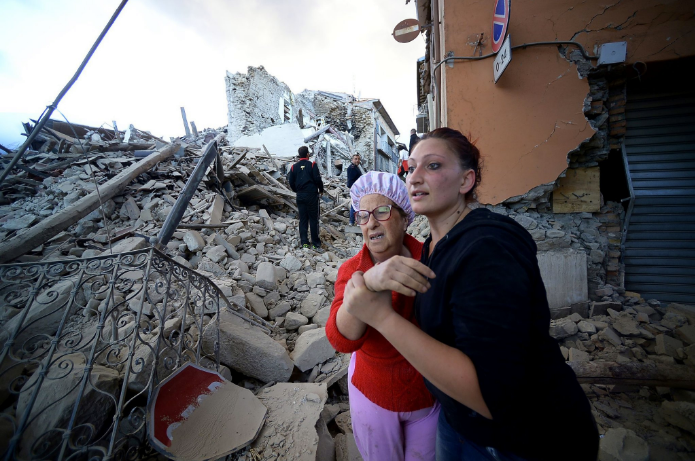 Survivors today described ‘apocalyptic’ scenes in towns and villages at the border of three regions – Umbria, Lazio and Marche – near the city of Perugia, which is especially popular with British holidaymakers.
The quake’s epicentre was near Norcia in Umbria, about 105 miles north east of Rome, and falling bridges and landslides meant some areas are still cut off with emergency teams only able to get there on foot.
The mayor of Accumoli, Stefano Petrucci, said this morning: ‘My town isn’t here anymore’ as people were carried out of ruined buildings on stretchers and people desperately searched the debris for survivors or sobbed as they inspected their own ruined homes.” 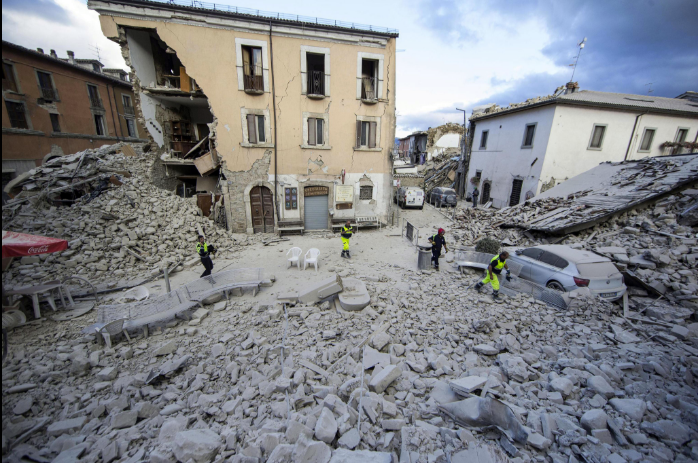 A Day in the Life of an Israeli