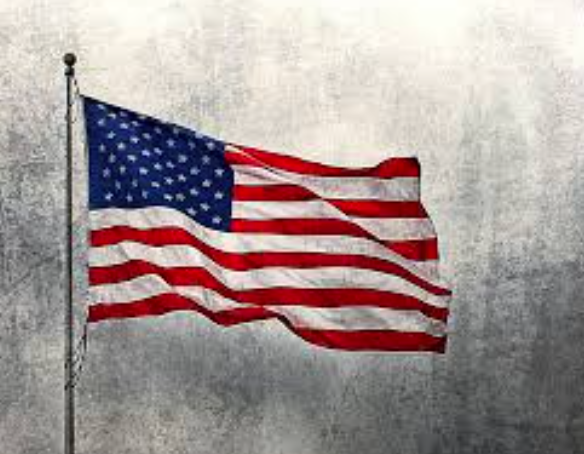 Along with an alarming title, in broad terms this article deals with the precipice that our country is inching towards. That edge may not be a few years away, perhaps a decade, however, we are on a run-up to the tipping point. What I am talking about is the American Economy, and who has the right vision to medicate a sick patient. For purposes of simplicity and ideology, I am conspicuously ignoring items of trustworthiness, who offended whom, and statements of truth versus lies.

As a thirteen year old growing up around the middle of the 20th Century I heard a young Senator from Massachusetts present as a challenge, “Ask not what your country can do for you, ask what you can do for your country.” President Kennedy’s message resonated; I liked it. Along with other speeches the President made, we knew that our Government was going to protect us, but then, we too had a responsibility. Our responsibility was to ourselves, to be self-reliant, and by way of our own initiatives and ingenuity we could succeed in life. The message was clear, ‘unless you are sick, disabled or indigent, do not depend upon the Government. That message was, and still is, one of the hallmarks that made America exceptional.

Around 1978 I read a book by William Simon titled “A Time for Truth.” Simon was a very successful businessman who served under Nixon as Secretary of Treasury. His book dissected the economic and political policies that threaten our liberty and way of life, while pointing the way to an American Renaissance. In his book, everyone was a villain. American stalwarts of industry, like Lockheed wanted federal money to bail them out, David Rockefeller demanded Federal money to protect the banking industry against ill-conceived investments. Sound familiar? And William Paley of CBS did what he could to block the emergence of competitive pay-TV. Simon warned about the ills of growing government deficits, and a growing welfare state. He warned that as our debt continued, as people demanded more from their government, and as American Industry would also look to government, crises of social unrest would ensue, followed by economic collapse. As we have witnesses groups like Occupy Wall Street and Black Lives Matter, perhaps Simon was on to something.

Most Americans have been trained to see the state as economically omniscient and to blame big business. Sadly, an ignorant public believes that our bureaucrats and politicians in Washington have the keys to the economic kingdom. However, should Simon’s warnings come true, out of that panic, the public will only demand more government help, followed by the Progressive’s call, “you see, capitalism doesn’t work.”

In a speech delivered at the Detroit Economic Club, Trump gave his vision for our economy. I have also gone to Trump and Clinton’s respective websites to read their plans for the economy, taxes, and energy.

Trump framed his speech and America’s potential decline around the poverty, unemployment, and crime in Detroit. He categorized it as suffering. I can’t disagree. The more liberal Democrats have long realized that people who are poor and dependent will vote for them, notwithstanding the fact that it is their policies that helped create that poverty and dependency. If you want proof of that statement, consider this; the Heritage Foundation reports that since 1964, we have spent close to $22 Trillion on poverty programs. As the saying goes, “how’s that working out?”

Trump’s economic plan has a number of components; however, the centerpiece is the reduction from seven individual tax brackets down to three; 12%, 25%, and 33%. As Reagan did by ‘flattening out” the tax brackets, some deductions will be lost, yet there will be more income subject to tax, but at a lower rate.

Trump touched on our current economic malaise. He accurately stated that we have over 93 million people outside the work force, our Labor Participation rate is the lowest in 40 years, the number of people on Food Stamps has increased by 12 million, our growth rate is an anemic 1.2%, and that the Unemployment rate touted by the Government is fictitious. The true Unemployment rate hovers at about 10.1%, up from 9.3% last month. For those who doubt those numbers, I suggest you Google “U6 Unemployment rate.”

Hillary Clinton’s plan is very different. She has proposed eight brackets, ranging from 10% to 43.5% at the highest income level. However, what most people will not know is her proposal on Long Term Capital Gains. Contained within her plan is a restructuring as to the holding period on Captial Gains. She proposes a capital gains tax that rises to as high as 47.4% for assets held less than two years to 27.8% for a holding period beyond 5 years. Trump, on the other hand, caps the tax at 15%. You the reader can decide which proposal will generate more investment and jobs. Finally, on the individual side, Trump’s proposal calls for a family being able to deduct Child Care Expenses, something which is far better than a direct government hand-out.

Since the economic downturn of 2007, the SBA reports that businesses with less than 500 employees create 75% of all jobs. It’s no surprise therefore, that the small business is crucial to job growth. In broad contrast, Trump proposes a 15% tax rate, which would also include removing many loopholes, whereas Clinton’s proposal remains at 39.5%. However, there are other dramatic differences. According to Trump’s speech, he would repatriate the $2.5 Trillion that American companies have outside the U.S. He would impose a one-time tax of 10%. Trump suggests that these monies would be used by American companies for further investment, and the attendant taxes would be used for needed programs. Which plan do you think would create the most jobs? As to Corporate Inversions (Companies leaving the U.S. for more favorable tax treatment), Hillary’s plan calls for a penalty to those companies leaving the U.S., and maintains a tax rate of 39.5%. It easy to see that under Trump’s plan, a company deciding to stay in the U.S. is rewarded, whereas with Clinton, it’s punitive. Again, which one will create or maintain more jobs?

Many people are concerned with Trump’s position on trade. Some see it as ‘it’s about time,’ while others view it as something tantamount to a Trade War. I can only address what Trump stated in his speech today. He wants to save American Jobs, and Trump’s biggest issue is currency manipulation and product dumping. He said, “I want trade deals that create jobs, and isolation is not an option…I want great and well crafted trade deals.” So, which is it; a refreshing perspective, or a trade war? You decide.

For the past eight years, the Administration has taken an anti-energy policy, particularly on oil, natural gas, and coal. It’s no secret that Hillary stated that her plan will put coal companies and miners out of jobs. The mountains of new EPA regulations have made it difficult for the oil, gas, and coal industries to operate. In addition, the Administration put a restriction on any new oil exploration on Federal Lands. For example, ANWR (Arctic National Wildlife Refuge) contains over 19,000,000 acres. In the Conservation Act of 1980, 1.5 million acres were set aside for oil exploration. However, the restrictions for exploration on Federal Lands remain in place. In spite of all of this, a significant portion of jobs created since 2008, have come from the oil and gas industry. In his speech, Trump sees the expansion of our oil, gas, and coal, as an economic engine to expand the economy, and with that new wealth, have the revenues to re build our military and invest in infrastructure.

The Academic Scorekeepers will score Trump’s plan as an expansion of our National Debt. The dirty little secret about our National Debt is that we will never pay it off, completely. What those Scorekeepers don’t score is that if Trump’s plan works, as they did under Reagan, millions of jobs and new investment will be created, and with that comes new entrants into our tax system, and sources of revenue.

Finally, Trump wants to repeal the Estate Tax, a confiscatory tax levied upon estates of over $5,450,000. Clinton, however wants to maintain the Estate Tax for estates over $3,500,000, with a bracket as high as 45%. Those who think this is a giveaway to the rich, remember any monies subject to the Estate Tax have already been taxed. Additionally, the Estate Tax only comprises about 3% of total revenues.

Am I ringing the alarm bell prematurely? Back in 2010, Doug Elmendorf, the head of the Congressional Budget Office said, “The Nations fiscal path is unsustainable, and cannot be solved through minor tinkering.” Over the past 25 years, both parties have been negligent. In Washington it is ‘go along to get along,’ or to get re-elected. When interest rates rise, and they will, the interest on our national debt will be crushing, consuming over 25% of total revenues. Of those in the workforce, about 45% pay no Income Tax. The Welfare system is so out-of-whack that one can earn more money staying home than entering the work force. And the mantra of JFK has changed from “Ask what you can do for your country,” to “How much more can I get?” So, which candidate will provide the best vision for the American Renaissance?