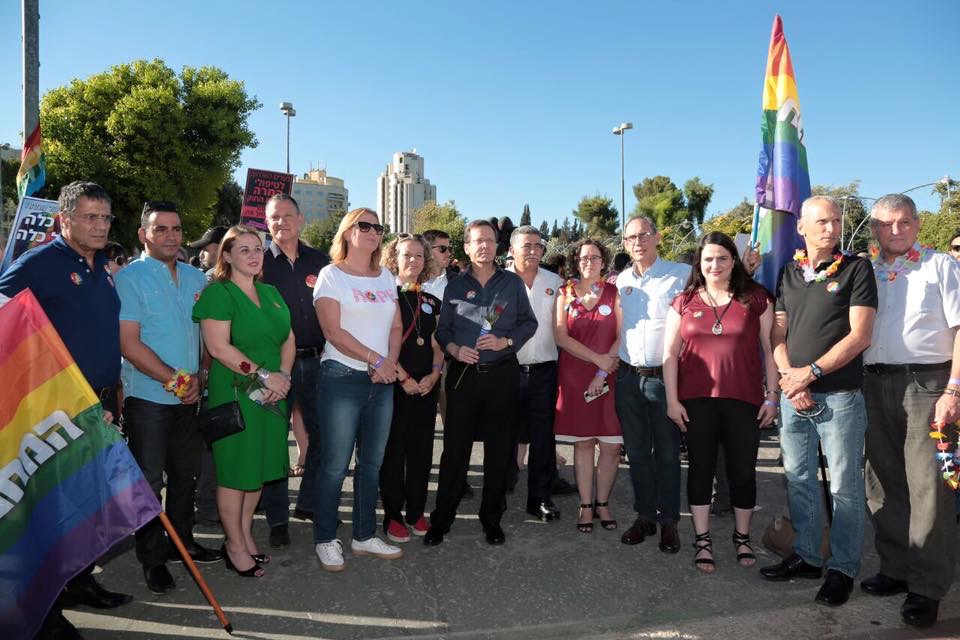 Politics in Israel is very unique compared to other countries. Being the only Democracy in the Middle East, Israel has a party for almost every type of group there is.  In fact there are over 30 parties in Israel, each having viewpoints that make them unique.

Most common is the Lukid Party, which Prime Minister Bibi Netanyahu is a part of.  Then there is the Right wing, with more conservative views about people and Israel. The Jewish Home Party is represented by Naftalie Bennett, and the Labor Party is run by Isaac Herzog.  Yesh Atid is in the middle of the spectrum, and what I like about them is they accept all Jews from all back grounds.

All the Parties are similar with general views like America when it comes to same sex marriage, terrorism, and other issues.  And also like America, their differences sometimes boil over.

Labor Party leader Herzog has been blasting Netanyahu and other right wing officials for lack of support for the LBGT community and the LBGT pride parade.  But also similar to America, there is more than meets the eye with Israeli liberals and their idea of “free speech”.

I have my own personal views when it comes to marriage, being that is should between one man and one woman. But as a conservative, I also believe in promoting free speech and denouncing terrorism of any type.

So when I heard about an event during Pride Day here in Israel, I knew I had to attend.  Politics were supposed to be put aside to pay respect for Shira Banki, a 16-year old girl who had been murdered in last year’s LGBT parade.  The terrorist who killed her was dressed in Orthodox attire; being an Orthodox, I wanted to be there in a show of support, to denounce terrorism of all kinds.

I arranged to meet with people from the Yesh Atid group to walk with them.  On the way to the starting point of the parade, because of my appearance as a religious Jew, I was singled out and searched and questioned by the security 5 different times, as if I were a criminal.  Imagine if the left wing allowed this kind of security with other places in Israel like in Judea and Samaria and Hebron there would be less terror attacks…

When I finally reached the entrance of the park where the parade route began, I was again pulled aside along with other Orthodox Jews and we were searched, questioned, then told we could not attend the parade and had to leave the premises.

I had never felt so violated and discriminated, simply because I wanted to show support for a murdered young girl.  As a law abiding citizen, being turned away from any event based solely on appearance is simply wrong. Israeli liberals complain that too few religious and right wing people do not attend these events.  Yes, Shira Banki was killed by an Orthodox extremist, but that should not mean they will forever ban all Orthodox Jews. Ironically they are the same leftists who proclaim that not all Muslims are extremists…

Daniel Greenfield: The Black Heroes Who Took Down the Freddie Gray Hoax

Valerie Jarrett: How Much Control Does She Have Over Obama and Clinton?