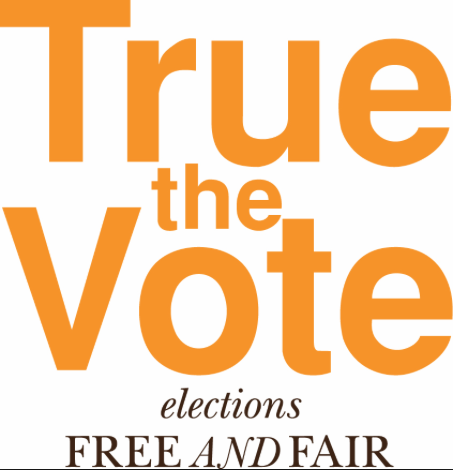 From Catherine Engelbrecht’s True the Vote:

· 221 potential cases of double voting uncovered among the duplicated registrations;

· 2,400 cases of voters over the age of 105 displaying recent periods of inactivity;

· More than a dozen cases of minors registered to vote who will not be 18 in time for the 2016 Election.

True the Vote studied the 10 largest counties by population, plus 6 additional counties identified by TTV as being historically problematic, specifically those in which more than 100% of the eligible population has been registered to vote. True the Vote Founder Catherine Engelbrecht stressed the timeliness of the research effort.

“As shocking as the findings are, the good news is that there’s still time to correct these problems before early voting kicks off. Several of the counties in our study have already contacted TTV to assure us of their intent to address these issues immediately. This volunteer-supported research effort is a great example of what can happen when engaged voters work together with their local election officials to help ensure free and fair elections for everyone.”

Engelbrecht explained the severity of the findings:

“Florida was the epicenter of the Bush v. Gore election debacle in 2000, when the vulnerabilities of our election process were put on full display, hanging chads and all. The best way to improve voter confidence is to make our election process, specifically voter roll maintenance, a priority in every state. It’s not easy, but it’s worth it.”

Duplicate Registrations. Voter duplication can occur for a variety benign and malignant reasons. Communication may fail between the DMV and the election officials who already have a name on file. Digits in birthdates may become transposed in an address update. Forgeries have also been discovered upon official investigation in states like Ohio and North Carolina as well. TTV relies on the recipient counties’ access to confidential data to sort between honest mistakes and fraud. Regardless, records are merged or purged as appropriate. The organization suggests that existing duplicate discovery strategies be broadened to spot transposed data entries and other clerical errors. TTV has shared its discovery techniques in other states upon request.

Potential Double Voting. Among duplicate registrations, potential double voting becomes apparent in many cases. Again, election officials can probe between two unique ballots cast by the same person. It is also common to see where the duplication created confusion at the check-in table and mistakenly recorded a person’s presence twice. Only one ballot is actually cast, but that confusion lengthened the queue all the same. Bona fide double voters are expected to be referred to local prosecutors.

Potentially Deceased Voters. Voters aged 105 or greater risk falling through the cracks of a federally-mandated maintenance protocol. Recipient counties are urged to review available death and incapacity data to ensure no record was overlooked.

Illegal Residential Addresses. No prospective Florida voter may claim a PO Box or commercial mail facility (UPS Store, Mailboxes Etc., etc.) as a residential address. To police this, counties are expected to develop exhaustive lists of addresses within the jurisdiction that qualify for voter registration. True the Vote’s discussions with various counties confirm this practice – yet some locales reported greater effectiveness than others at the task. TTV sampled four counties (# registrations): Miami-Dade (87), Broward (25), Palm Beach (61), and Orange (12). The organization urges counties to review blacklisting procedures going forward.

Missing Names/Addresses. Exactly as described, these issues are borne out of incomplete voter registration applications that were mistakenly entered into the statewide roll. Multiple counties told TTV that although these records may be listed as ACTIVE, safeguards are in place to ensure that election mailings do not proceed. TTV urges counties to review data entry procedures, as incomplete applications should never reach the voter file, according to interviewed counties.

Registered Minors. This matter is unique to Florida thus far in TTV’s national research effort. Well-established law allows minors to register to vote if they are 18 in time for the upcoming general election. In these cases, registered minors still will not be of age to participate. Like listed above, TTV suggests that application data entry procedures be reviewed where necessary.

Although True the Vote does not have authority to lay challenges on voter registration files, it is allowed to review maintenance records held by the counties in question, according to public inspection rights under the National Voter Registration Act. As of this release, TTV has successfully spotted and assisted in the cleaning of more than 100,000 voter registrations in North Carolina, Ohio and Colorado. After official review of TTV work, Ohio officials discovered that nearly a third of duplications in Cuyahoga County (Cleveland) were intentionally created by ACORN, Organizing for America and other local groups.

For a closer look at TTV’s findings, contact [email protected]

True the Vote (TTV) is an IRS-designated 501(c)(3) voters’ rights organization, founded to inspire and equip voters for involvement at every stage of our electoral process. TTV empowers organizations and individuals across the nation to actively protect the rights of legitimate voters, regardless of their political party affiliation. For more information, please visit www.truethevote.org.

The Race For Donald Trump VP