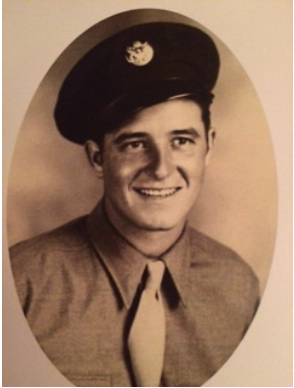 He was born in South Georgia in December 1922, the seventh of ten living children.  His father was a well-known and highly sought after dog trainer; before marriage, his mother had been a teacher.  He was seven years old when his mother died at the age of 36.  As the older of only two sons, of necessity he quickly assumed the responsibilities of a man helping his father and siblings.   Times were hard, they were poor, and all of them stepped up and helped each other, an attribute that became a way of life for them that extended well into the next generation.

He was called into World War II where he served in the European Theatre.  Among his many accomplishments, he was awarded a Bronze Star with Oak Leaf Cluster for valor, participated in defense of the Siegfried Line, awarded a combat infantry badge, Sharpshooter, received the Armed Forces Expeditionary Medal, and good conduct medal, expert driver badge and stayed on for sustainment in post-War Europe.   He saw real combat time on the Siegfried Line.  His decorations were hard earned and not handed out merely for promotion or pomp.  These men dealt with meager supplies and were often made to hold in place because of lack of food, fuel, and ammunition.  He was in one of the final battles of the War, crossing the Rhine, that lead to the end of the War.  His favorite rifle was the 30 carbine, and my son (Army retired) laid him to rest with a round in his pocket.

After the War, he married, became successful and even affluent.  Sadly, his wife left him and took his young children hundreds of miles away.  When he learned that his children were neglected and in great peril, he sold his assets so to hire detectives and attorneys to gather evidence.   He pursued the matter tenaciously until he successfully gained full custody of his children.  This was in the 1950s– a time when it was unheard of for a father to be the custodial parent.  But this man was.  With the help of his sisters, he reared his children, and he rebuilt his career.

He was the patriarch of his family, highly regarded by children, grand and great grandchildren, siblings, nieces, nephews, and friends, and his advice and wisdom were sought after and cherished.  He was a man of great character and integrity, of pride and passion.

He was my father.

As the years passed, he managed for himself and maintained his independence amazingly, as one would expect.  Eventually the day came when he agreed to come and live with me.  Oh happy day!  We were so glad to have him; an answer to many prayers.  After living with us for one wonderful year, he suffered a massive stroke, after which I brought him home from the hospital with me.   During the months following his stroke, we made his bedroom the center of our activity; we watched ball games with him, and everyday his great grandchildren did their school work and played in his room.  We have priceless memories of the 4 generations of us together every day.

We loved and cared  for him until last May, when God sent His Angel for my Daddy.

During the night of his breath became shallow.  By the time the nurse arrived on the morning of May 24, 2016, the rapid decline had begun.  I lowered the rail and climbed in bed with him.  He lifted his head so that I could put my arms around him.  I lay my head next to his and watched as the pulse in his neck slowed and finally stopped.  There was no distress, no pain, no anguish.  God is good, and He answered my prayer exactly as I had prayed it; I was with my Daddy when he went Home.  I laid him to rest in Georgia National Cemetery with the honors he deserved. He is waiting in heaven for me, and the next time I see him, it will be forever.