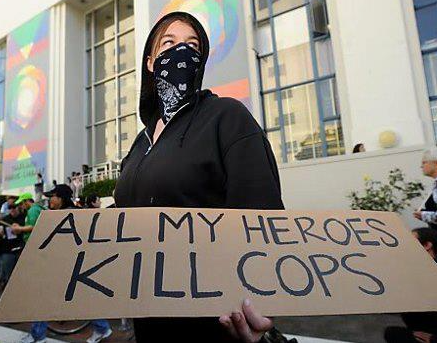 There is no denying it, and patriotic Americans have no wish to do so: This country’s treatment of certain ethnic minorities in the past was shameful. Prominent among these minorities are people of African descent, most of whom were brought to this nation as forced workers – slaves –  in an example of one of humanity’s most deplorable institutions (and one which, sadly, has been practiced throughout history by a variety of cultures, including the early United States). Even after they were freed from their burden of servitude, African-Americans struggled for decades as second-class citizens, in some areas insulted with assurances that they were equal when they clearly were not. The necessity was for courageous people to stand up and demand their rights, overcoming bitter opposition to win them. It was a terrible, disgraceful part of our history.

And it is over. The heroic struggles of the 1960s are behind us, and African-Americans have claimed their rightful place in American society. Jim Crow laws are gone, all ethnicities have the right to vote, and it is unlawful for businesses to refuse service to anyone based upon race. Are there any backward racists at all left in the 21st century? Of course. In a free society that allows people to form and hold their own opinions, there always will be. But institutionalized racism is dead.

Unless, of course, you ask people like our President. Barack Obama, the first black president in our nation’s history, has been historically divisive on the issue of race in America today. Presumptive Democratic nominee Hillary Clinton has even called us “a divided nation” over the matter. Both people, as well as various African-American leaders (some of whom demonstrated during the Civil Rights movement, a time of real racism, and should know better) have promoted a culture of racial alienation that dampens American unity. They do this in a number of ways, but they seem to have one clear favorite: bashing the police.

From a shocking number of Democrat politicians to the flagrantly anti-cop “Black Lives Matter” movement, the nation’s race baiters love to attack our police. The men and women of law enforcement have thousands of peaceful, professional encounters with American civilians every day, yet there are those who for political reasons will gladly cherry pick a bare handful of incidents demonstrating questionable police behavior in using deadly force against an African-American person. And even in many of those cases, it should be noted, it’s ultimately determined that the officer’s actions were still justified, such as when law enforcement gunned down a black man who turned out to have charged at them with a sword.

The motives for this are strictly political. Democrats believe that by angering the black community (which is rightly just a part of the American community), votes will flow to the people who decry the injustices they insist are occurring. Of course, this political strategy is not only irresponsible and immoral, it is flatly dangerous. It results in stark cultural divides between civilians and police, and at worst can provoke tragedies like the Dallas shooting. Naturally, when horrible things like that happen, they are spun as evidence of the clear need for “gun control” measures that would strip Americans of their Second Amendment rights.

What is most galling about these people’s rhetoric is the sheer hypocrisy of it. They champion the message of “black lives matter”, yet remain conspicuously silent on the fact that many times more black people have died in the city of Chicago (for example) than have ever been slain by police. But most of those murders occurred at the hands of other blacks, and as such do not fit the necessary political narrative of the Left. Unless, of course, it’s time for another round of calls for gun control; then and only then are these killings are put on parade. Then, and only then, do those black lives seem to matter.

Well, here’s a radical thought. Maybe black lives should matter all of the time. Maybe all lives should – including those of the police officers who risk theirs to defend others’. And maybe, just maybe, none of this should be played up and hyped for political gain, especially at the cost of inciting violence among Americans. For when it comes to defending our freedoms, it is not “a declaration of war against the entire civilized world” it is not about race, we are all just Americans, fighting for the right to be free.

Maintaining Perspective Beyond the Resort Vacation Glitz and Glamour