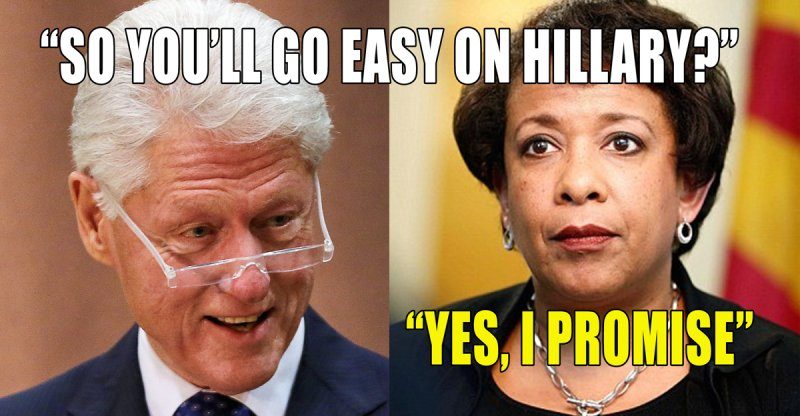 In a bombshell report by Ken Kurson from the website Observer.com, we learn firsthand from a security source at the Phoenix, Arizona airport on Monday night what he observed when former President Bill Clinton boarded Attorney General Loretta Lynch’s plane for an “impromptu” meeting.

According to this source, whose credentials were checked and confirmed by the Observer with sources inside both the FBI and the United States Secret Service, the attorney general was caught completely off guard by the meeting. In fact, it seems from this source that it was Bill Clinton who was maneuvering for face time with the attorney general, because his plane had been scheduled to leave before hers arrived.

According to the source: “He walked in her plane for at least 20 to 25 minutes and the FBI is standing face to face with the Secret Service and just chatting on the hot tarmac like, ‘what the hell? ”

Daniel Greenfield: The Right to Happiness is the Antidote to Tyranny

Free and Separate States United For the Cause of Liberty