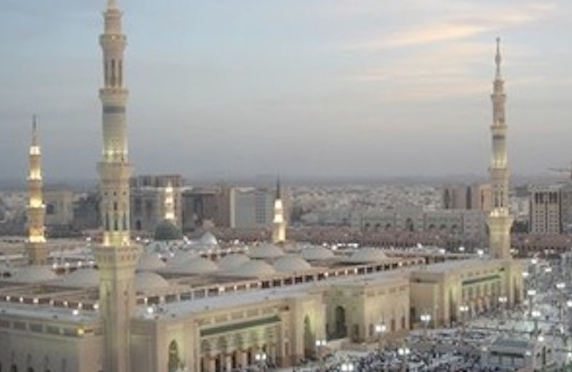 The Islamic State (ISIS) attack in Medina shows once and for all that ISIS is not Islamic, right? After all, how could a Muslim group, much less a self-styled “caliphate,” set off a bomb in the city of Muhammad himself? That proves that ISIS has nothing to do with Islam, no? That’s what many Muslims would have us believe. Unfortunately, this is just more deception from practiced masters of deceit – and it’s deception that is increasingly dangerous and offensive as the jihad death count climbs ever higher.

Maher Zain, a Multi Platinum-winning singer and songwriter who is Muslim, wrote on Twitter to his 1.47 million followers: “Still need proof that ISIS is the foremost enemy of Islam? They attack the Prophet’s City. Terror knows no religion!” Boxer Amir Khan tweeted to his 1.75 million followers: “The attack in our beloved Prophet Muhammad’s city Madinah proves that Isis has no religion!” The UK Muslim broadcaster Mohammed Shafiq wrote: “The attack on #Madinah was an attack against all Muslims. We need unity against this evil.”

Neither Zain nor Khan nor Shafiq nor anyone else, however, explained why this it would be out of the question for jihadis to strike in Medina. Did Muhammad command jihad warfare against unbelievers? Yes: a hadith depicts Muhammad saying: “Fight against those who disbelieve in Allah. Make a holy war…When you meet your enemies who are polytheists, invite them to three courses of action. If they respond to any one of these you also accept it and withhold yourself from doing them any harm. Invite them to (accept) Islam; if they respond to you, accept it from them and desist from fighting against them…. If they refuse to accept Islam, demand from them the Jizya. If they agree to pay, accept it from them and hold off your hands. If they refuse to pay the tax, seek Allah’s help and fight them. (Sahih Muslim 4294)

In commanding this, did Muhammad forbid jihad against unbelievers in his city? He did not. But of course, in Medina there are only Muslims, no? And the Qur’an forbids Muslims to kill other Muslims (4:92). But Islam also mandates death for those who are considered heretics and apostates – and the Islamic State, in claiming to be the caliphate, the one true government to which all Muslims owe allegiance, and in demanding the obedience of all Muslims worldwide, has placed itself in the position of considering any Muslims who reject its authority to be heretical by virtue of that very rejection, and therefore worthy of death.

That is all the more true regarding governments of Muslim states that do not accept the caliphate. The Islamic State regards the House of Saud as illegitimate, and therefore to undermine it is a holy act. Reuters reported Sunday that the Islamic State jihadis targeted “a security headquarters at a mosque in the holy city of Medina,” and that “a suicide bomber detonated a bomb near the security headquarters of the Prophet’s Mosque in Medina, the second-holiest site in Islam. Saudi-owned al-Arabiya television said an initial death toll from the Medina blast included three suicide bombers and two security forces officers.”

Hillary Is a Disaster for Both America and Israel