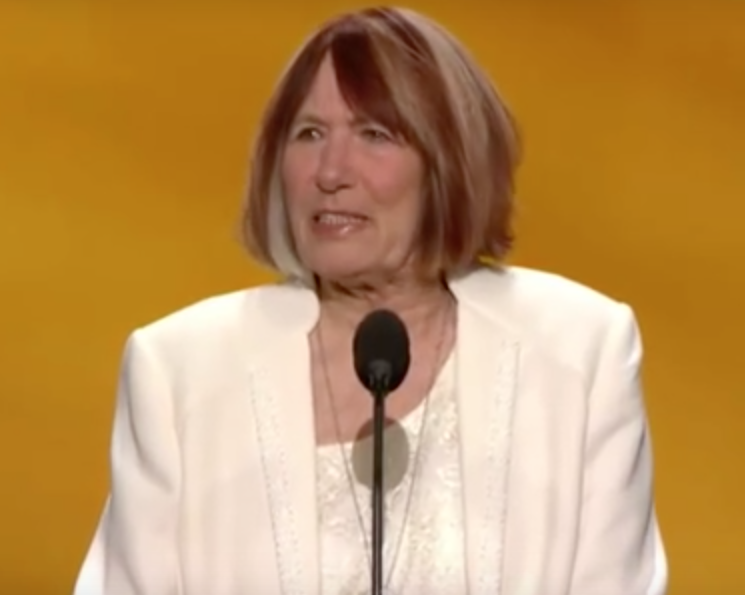 Since September 2013, I have had the privilege of knowing Pat Smith. Perhaps knowing is too broad of a term to state. After all, because we live on opposite coasts, that contact has been limited to phone calls and e-mails. Yet, I cherish our conversations. Pat is the mother of Benghazi murder victim Sean Smith. Sean was my nephew by marriage. But being raised in the American South I do live by the code that family is family. My contact with Sean was minimal. Pat’s contact was maternal. She absolutely loved and supported Sean.

In the recent aftermath of the release of two Benghazi reports, one by the House Select Committee and one by the Citizen’s Commission on Benghazi, Pat revealed to me in a phone conversation that she was going to be a keynote speaker on the first night of the RNC convention. I immediately saw that Pat was going to have an opportunity to articulate why Hillary Clinton should never hold any public office by using one thing and one thing only: The truth. Trump was going to hire her a speechwriter for the speech. Bound to be interesting.

The term Gold Star Mother originated during World War I in America as applied to mothers whose sons or daughters died in World War I. It continues to be used to reflect on the tragedy that continues to be experienced by the mothers of the fallen. The mothers of all the Benghazi victims are Gold Star Mothers, as is Brian Terry’s mother from Fast and Furious, as are the mother’s of the Extortion 17 victims. There are many military personnel that have been killed because of Barack Obama’s Harvard School sense of rules of engagement.

Pat Smith stood on the RNC stage as a Gold Star Mother.

Pat Smith was then escorted to the podium to speak as one of the keynote speakers at the Republican National Convention in Cleveland, Ohio. She stated the following in a eloquent and passionate manner:

“My name is Patricia Smith. My son Sean was one of four brave Americans killed during the 2012 terrorist attack at Benghazi. Sean was a wonderful son and father to my two amazing grandchildren Samantha and Nathan, now 10 and 11. He was proud to serve his country with the United States Foreign Service. The last time I talked to Sean, the night before the terrorist attack, he told me “Mom, I am going to die.” All security had been pulled from the embassy he explained and when he asked why, he never received a response.

Nobody listened, nobody seemed to care. The very next day he was murdered. By radical Islamic terrorists.

To this day I don’t even know why a computer guy like Sean was sent to Benghazi. That night we lost sons, brothers, fathers, and husbands. We lost four brave Americans who made the ultimate sacrifice for the country they choose to serve and the American people lost the truth.

Since then I have repetitively asked Hillary Clinton to explain to me the real reason why my son is dead. I’m still waiting. Whenever I called the State Department no one would speak to me, ‘cause they say I am not a member of the immediate family. Sean is my son.

After this point Pat’s speech was completed and she was escorted off stage.

To use some baseball parlance, Pat Smith hit the ball out of the park in Cleveland on July 18, 2016. Speaking to her on July 19th, Pat advised me that she had worked with Trumps speechwriter. Personally, I think he used the best part of Pat and added some crucial key phrases. I thank Donald Trump and his folks for that one. Having a speechwriter allowed Pat to concentrate on the emotion and the passion of the message.

From Heaven, Sean Smith smiles down on his Mother. Sure of that one. Many delegates and members of the convention audience cried openly during Pat’s speech.

After Pat’s speech, a video was run called “What Really Happened in Benghazi.” This video had quite a few commentators including Fred Rustmann, retired CIA SIS (Ret). Mr Rustmann stated in the video, “Our intelligence agencies knew that some of the rebels we supported were terrorists. Some of them were members of the Libyan Islamic fighting group. All of them were Al-Qaeda groups on the State Department’s terrorist list.” A powerful video that was well placed in the context of Pat’s speech.

After the video Mark Geist and John Tiegen, CIA Annex Special Operators and co-authors of the book “13 Hours,” spoke about the true horror of that night. They spoke of finding the body of Pat’s son, Sean Smith. They spoke movingly of the deaths of their comrades Tyrone Woods and Glenn Doherty. They spoke of taking the hell to the terrorists. Ultimately, among many chilling recollections, they spoke of the shameful lack of support by our government. I was in tears during Pat’s speech and the speeches of Geist and Tiegen brought those tears back. And so returned my anger also.

This was about 20 minutes of a perfect distillation of information and emotion about the impact of Benghazi on one of the family members of one of the victims and the impact on the CIA Contractors, Geist and Tiegen. Additionally, it explained effectively why Hillary Clinton practiced a gross dereliction of duty when dealing with the Benghazi attack.

So with all the great speakers yesterday and last night, with Pat Smith’s emotional speech what does the media, especially the mainstream press, report on? They report on the possibility that Donald Trump’s wife Melania may have plagiarized parts of her speech from a 2008 speech by Michelle Obama. Are they kidding me? If you care to check many written speeches they use similar catch phrases. In fact, the referenced 2008 speech by Michelle Obama used phrases by radical activist, Saul Alinsky.

Objective reporting died in 2008 and the mainstream media is populated by models and used car salesmen, not journalists. I offer the rabid weasels of the media a musical analogy: Sometimes the cover outshines the original. Maybe it is the same speech writer that the Obama’s used? The Obama’s always claim that they use the best, except when providing diplomatic security.

Benghazi is not going away, despite finished reports, speeches, and political posturing. Neither will the impact of other disasters and murders that have occurred because of the failed policies of President Obama and Hillary Clinton. Dereliction of duty is a form of treason. Like murder, there is no statute of limitations on the prosecution of a treasonous act. Someone should explain to Barack and Hillary that a legacy of lawlessness is no legacy at all.

Do All Lives Matter or Do Some Matter More?