As many PolitiChicks readers know, several months ago Ann-Marie was diagnosed with Multiple Sclerosis. This change in her life has led to a much needed re-organization and revitalization of the well-respected PolitiChicks.

Throughout all of the medical testing and subsequent adjustments to her ‘new normal’ life, Ann-Marie says, “One of my many concerns was how to maintain my organization, PolitiChicks. Family, friends, and my PolitiChicks sisters and brothers kept me inspired and motivated, but it was Sonya Sasser, my writer since 2012, who stepped up in major ways behind the scenes on a daily basis.”

“The promotion of Sonya is just one of many upgrades coming to PolitiChicks,” Ann-Marie explains.  “Get ready for a logo and an even stronger presence throughout social media. And stay tuned as Sonya Sasser steps into her new role as the ‘East Coast’ PolitiChicks Spokesperson, with Morgan and I representing the West Coast. We couldn’t be more delighted, and I look forward to our readers getting to know Sonya even better.” 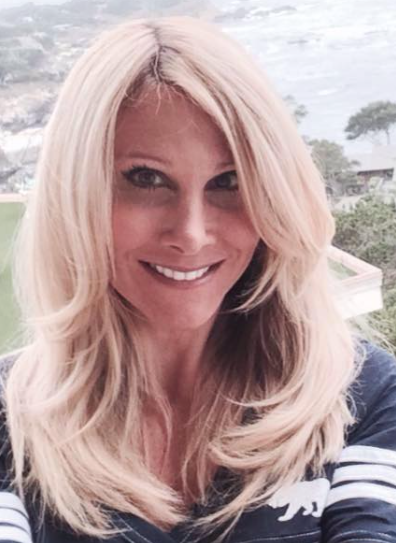 PolitiChicks co-owner Morgan Brittany says, “Sonya Sasser is a dynamo! She is a true patriot who is dedicated to making America a better place, not only for her own children, but for all of us. A prolific writer, she tackles the breaking news and headlines of the moment and puts them into common sense words that resonate with the followers of PolitiChicks. Her passion and positive attitude energizes audiences when she speaks and she leaves a lasting impression with all who hear her. We are so pleased and proud to call Sonya Sasser our East Coast PolitiChicks spokesperson!”

Murrell says, “We are very excited about working with Sonya in such a major capacity. She will offer a fresh, new voice for our brand. Sonya has been with us since I first became editor and, later, when I purchased PolitiChicks.com.” Ann-Marie adds, “Mostly, having Sonya join Morgan and me at the helm of PolitiChicks will be a huge relief for my family, knowing that, when needed, I will be able to turn everything over to someone I trust and respect so deeply.”

Since 2012, Sonya has gathered enormous amounts of research for PolitiChicks and has written extensively about all issues affecting America.  She has conducted exclusive interviews with well-known gun rights advocate Nikki Goeser; Catherine Engelbrecht of True the Vote; OK Congressman Jim Bridenstine; Madison Rising’s lead singer Dave Bray, and many other distinguished subjects.  Sonya is also an excellent public speaker.  She has represented PolitiChicks as a guest speaker at the South Carolina Guns Across America rally, on various Conservative radio shows, and in 2016 she introduced speaker Ann-Marie Murrell at the South Carolina Tea Party Coalition Convention.

In addition to Sonya’s efforts to save our Republic, she is a Christian, a wife, a mother, a registered dietitian, and a fashion and fitness guru. A long-distance runner, Sonya is infamous for being ‘that chick who runs a lot’ and loves sharing her fitness tips with others. Sonya is also the creator and administrator of Breakthrough Nation, a Conservative blog that reaches thousands of Patriots across the nation.

When asked why she spends so much time on the political battlefield, Sonya said, “I do it for my children. I feel it is my personal duty to preserve and protect those precious freedoms that have been endowed to every American by their Creator.”

Sassar says she is “overjoyed” to now represent PolitiChicks as a spokesperson with Ann-Marie Murrel and Morgan Brittany and is so “grateful to represent such a well respected organization full of incredible contributors across the United States” such as: