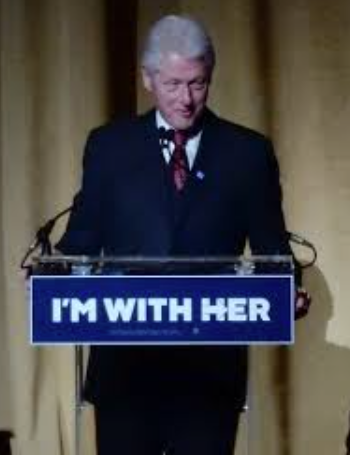 In an eye-opening column by Alana Goodman for The Washington Free Beacon, the exorbitant speaking fees given to Bill and Hillary Clinton take on a new twist.  It has come to light that the sources of the hefty payments made to the Clinton’s were not listed in the public disclosure forms that the Clintons had to file.  For example, Bill Clinton was paid $290,000 for a speech in 2009, however his fee was not paid by the organization sponsoring it.  It was also not paid for by “World Management Limited”, the marketing firm that Hillary Clinton listed as the payment source in her federal financials filings!

It was bankrolled by a wealthy British businessman named Robert Whitton—a name you won’t find included in the Clintons’ public disclosure forms.

Ken Boehm, chairman of the National Legal and Policy Center, a government watchdog group, said the way the Clintons have handled these paid speaking engagements “suggests secrecy and non-transparency.”

“While those paying the exorbitant fees have included special interests with lobbying efforts to influence federal policy, even more troubling is the fact that the true financial sponsors are sometimes hidden through cut-out middlemen or anonymous donors,” said Boehm. “The tens of millions in speaking fees going directly to the Clintons should be completely transparent. Anything less suggests unethical conduct.”