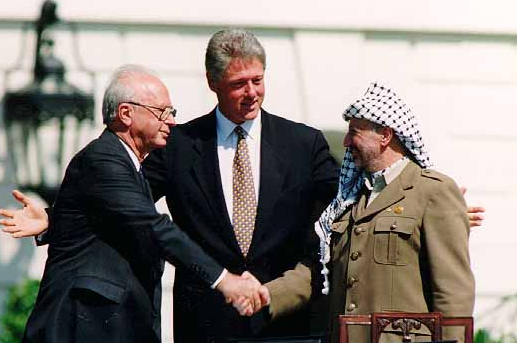 As we close in on the general election, Hillary Clinton has become the presumptive Democrat nominee. Her track record regarding America itself is not a good one, especially the lack of leadership which cost the lives of 4 Americans in Benghazi. But if elected president, Clinton will be equally dangerous for Israel.

Throughout her career, including as First Lady, she claims to “support Israel”–yet her actions and words prove different. Bill Clinton was for 2 state solution of Israel and they both met with Yasser Arafat, a well-known terrorist sympathizer and a Fatah member with no intention of wanting peace with Israel. Bill Clinton always said that Israelis had to be the one to sacrifice for peace; he even said this at a ceremony he was a part of the past year. Yet Israel has been the one always sacrificing for peace, including giving up Gaza. Those of us in Israel know what happened when it happened.

Hillary Clinton has acknowledged that Israel wanted peace and was at war with terrorist organizations like Hamas. The problem lies where she wants Israel to stop building in the communities in Judea and Samaria, which they call the West Bank and settlements. She has no right to tell us that we can’t build Jewish homes in a Jewish country. In the recent years she has been supportive of the 2 state solution, something that would be suicide for Israel. So how can one claim to be supportive of Israel yet is against Jewish building and for 2 state solution? Or is this more proof of her lying ways?

Hillary Clinton is nothing more than a continuation of the Obama administration, including being supportive of the Iran deal, a country with a regime that calls for the destruction of Israel as well as America. Clinton’s horrific lack of leadership with Benghazi and her acceptance of the Iran deal are proof she would be destructive as president not only for America but also for Israel.