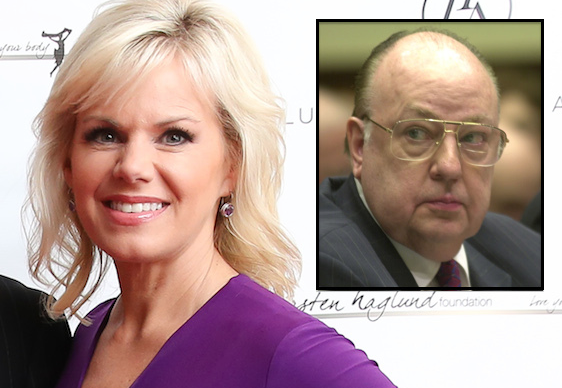 Gretchen Carlson, co-host of Fox & Friends, alleges that she was fired from the FOX News because she “refused to sleep” with FOX CEO Roger Ailes.

Gretchen Carlson, a former Fox News Channel host, said Wednesday she was fired by the conservative-leaning cable news network and has filed a sexual harassment lawsuit against its chairman and CEO, Roger Ailes.

In a statement released through a public relations firm, Carlson, best known for co-hosting “Fox & Friends” until 2013, said she “refused to sleep” with Ailes and “reported disparaging treatment in the newsroom,” including what she said was a “sexist and condescending” way her co-host, Steve Doocy, dealt with her.

Carlson was terminated on June 23 when her contract expired. Her program, “The Real Story with Gretchen Carlson,” was the leading cable news show in its afternoon time slot, she claimed.

“Ailes has unlawfully retaliated against Carlson and sabotaged her career because she refused his sexual advances and complained about severe and pervasive sexual harassment,” the complaint read. “When Carlson met with Ailes to discuss the discriminatory treatment to which she was being subjected, Ailes stated: ‘I think you and I should have had a sexual relationship a long time ago and then you’d be good and better and I’d be good and better,’ adding that ‘sometimes problems are easier to solve’ that way.”

In a statement late Wednesday, 21st Century Fox said it had “full confidence” in Ailes and Doocy and has “commenced an internal review of the matter.”

In a statement, Ailes said Carlson’s allegations are false. “This is a retaliatory suit for the network’s decision not to renew her contract, which was due to the fact that her disappointingly low ratings were dragging down the afternoon lineup,” he said. “When Fox News did not commence any negotiations to renew her contract, Ms. Carlson became aware that her career with the network was likely over and conveniently began to pursue a lawsuit.”

“This defamatory lawsuit is not only offensive, it is wholly without merit and will be defended vigorously,” Ailes said.

This video montage was created by Bloomberg Politics, featuring clips of Carlson on FOX allegedly being ‘objectified’ for her looks:

A Note to Pro-Abortion Liberal Hypocrites by AlfonZo Rachel