Radical Islamic terrorism. It’s a horrible, but very simple term, and also very important. It’s important because it’s the enemy we face. People identifying as Muslims who murder those who refuse to convert to their religion, capture and exploit women as sex slaves to raise revenue, and impose absolute theocratic law on the lands they conquer. They also want us dead, which they make app 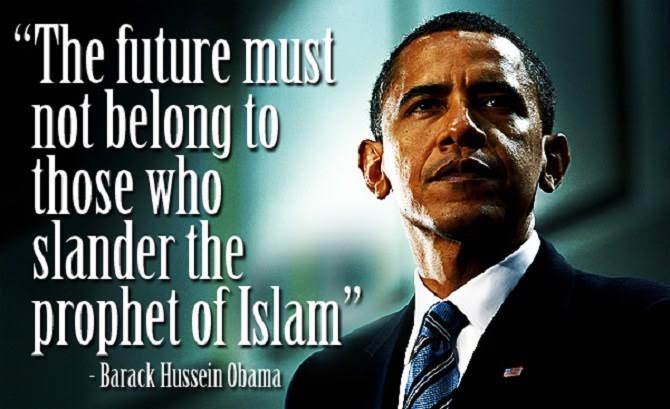 arent by traveling to our country to detonate bombs, gun down innocent people, and usually throw away their own lives just to take down a few of us. That is what we are fighting. That is radical Islamic terrorism.

Yet our own President, the man elected by the American people to take on the duty of overseeing our national defense and meeting this threat head on, refuses to even call our enemy by its name. From the beginning, he has held fast to his unwillingness to utter the term “radical Islamic terror” to identify our foes, speaking the words only to question why he should. He seems not to understand that the first rule of war is to know thy enemy, nor that denying your enemy’s identity is a fatal mistake.

Unfortunately, it all begins to make a little bit of alarming sense when we consider the man of whom we are speaking. Recently, photographs came to light of Barack Obama in the 1990s wearing traditional Islamic religious garb, and they were not the first of their kind. In 2008, Hillary Clinton (of all people) attempted to discredit her then-opponent by showing a picture of him in a white turban and other Muslim clothes. Obama has always claimed that he is a Christian, though these pictures certainly throw that into question. They also, at the very least, demonstrate his deep, powerful ties to the Islamic faith. They are ties which are hardly surprising; after all, Obama’s father and stepfather are both Muslim men. How could the religion not at least have significant meaning to him?

And by itself, that might be alright. There is nothing wrong with being Muslim. There is nothing wrong with believing in any religion, so long as your faith does not compel you to violence against other people. The problem here is that we face a tenacious, intractable enemy that does want to hurt us, and Islam defines the very core of who and what they are. And our commander in chief is so sympathetic to their religious beliefs that he will not even use the name of that religion.

There are more ominous concerns, as well. It turns out that Valerie Jarrett, one of Obama’s closest advisors and reportedly his “right hand woman”, is an Iranian born, Farsi speaking Muslim herself. Most of her policy suggestions concerning Islam, including avoidance of the term “radical Islamic terrorism”, have been implemented by Obama. The President also backed the disastrous nuclear deal with Jarrett’s native country of Iran, which struggles under an absolute Islamic dictatorship. And of course, Obama strongly wishes to close the Guantanamo Bay terrorist detention camp in Cuba, another high priority of his Islamic advisor.

When we consider these facts together, we are forced to worry. How deep does our President’s reverence for and sympathy toward the core beliefs of our enemies run? We have already seen him hampered in his ability to execute his primary duty of defending us due to his feelings about Islam; will this continue in the future? And what of Valerie Jarrett? She seems to have a great deal of influence on Obama’s decisions, and she is certainly on the side of Islam. In the end, does our President even have our best interests at heart?

How Obama Nurtures Poverty and Racism