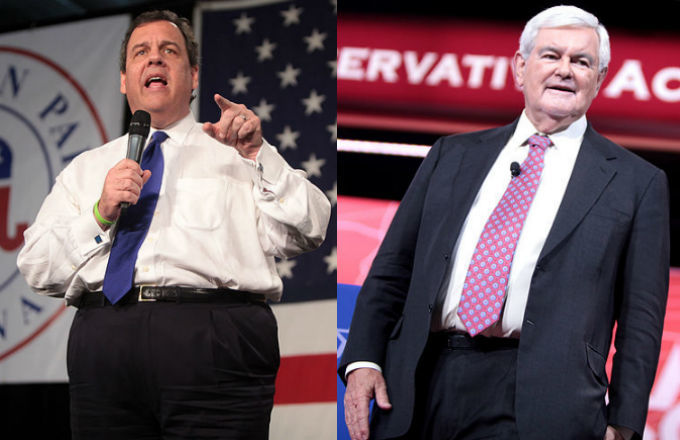 With the Republican National Convention just less than three weeks, the guessing game of who will be the presumptive GOP nominee Donald Trump running mate is entering the vetting process with former House Speaker Newt Gingrich and New Jersey Governor Chris Christie emerging as the top two contenders.

A source close to Trump’s campaign confirmed reports, first reported by the New York Times and Washington Post to PolitiChicks that both men received the vetting paperworks within the last day or two and are requested to submit extensive personal documents to attorney Arthur B. Culvahouse Jr. as part of the vetting process.

Just last month, Trump told AP his shortlist of potential running mates has been narrowed down to five or six people. He also stated he prefer a candidate with “deep political experience to help guide his agenda through Washington,” as well as a “signal a willingness to work with party establishment.”

Trump has said he intends to announce his VP nominee at the Republican National Convention. However, the Washington Post reports that Trump campaign aides are in discussion to reveal his running mate as early as next week to “generate headline and coverage,” as well as to “win over party leaders” ahead of the convention gathering.