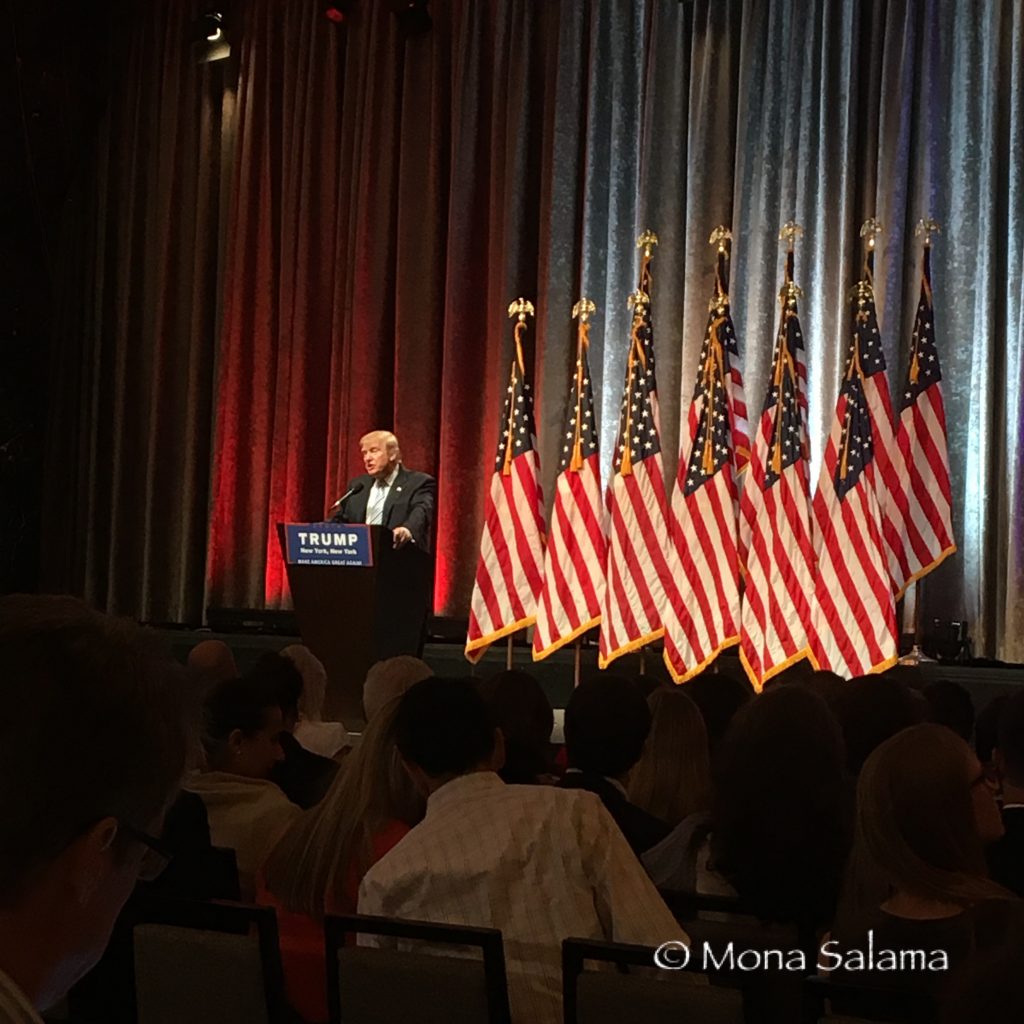 New York, NY — Just days before the Republican National Convention, GOP presumptive nominee Donald Trump has made his final decision in deciding who will join the ticket alongside him as his vice president — Indiana Governor Mike Pence.

“I’m here today to introduce the man who will be my partner in this campaign and White House,” Trump said, beginning his remarks to a small crowd of New York supporters in the Hilton Hotel in Midtown Manhattan. “I found the leader that will help us deliver a safe society and a prosperous society, a really prosperous society, for all Americans.”

The GOP presumptive nominee was slated unveil his VP pick at a news conference Friday morning to generate buzz over the weekend before the convention. However, the horrific terrorist attacks in Nice, France that left over 80 people dead and over 200 injured Thursday night left Trump to respectful postpone the first joint appearance.

On Friday morning, Trump exposed Pence as his pick on twitter, confirming leak reports circulating the night before and ending rumors that Trump would surprise everyone by picking another choice besides Pence.

I am pleased to announce that I have chosen Governor Mike Pence as my Vice Presidential running mate. News conference tomorrow at 11:00 A.M.

Trump met with Pence during the 4th of July weekend and both camps were in constant contact even though the GOP nominee was vetting former House Speaker Newt Gingrich and New Jersey Governor Chris Christie. Pence, who was up for reelection as Governor, faced a major deadline on Friday in deciding whether he would stay on the ballot or withdraw to run for vice president due to Indiana law. After being offered the job, Pence aides quickly in the last hour before the deadline filed the withdrawal paperworks.

Postponing the major unveiling until Saturday morning, Trump called Pence the key to unite the Republican Party to defeat his Democratic rival Hillary Clinton in November. “If you look at one of the big reasons that I chose Mike  — is party unity,” Trump said to a crowd attended by New York supporters. “So many people have said ‘Party unity,’ because I’m an outsider. I want to be an outsider. I think it’s one of the reasons I won in landslides.”

Speaking for about 30 minutes before Pence took to the stage to accept the invitation, Trump emphasized Pence’s leadership and record both in Congress and as governor as a main factor in his decision.

“Mike got the skills of a highly talented executive, leading the state of Indiana to jobs, growth and opportunity despite the obstacles in his state’s way by the way of the Obama administration,” Trump said. “The turnaround and the strength of Indiana has been incredible, and I learned that when I campaigned there. And I learned that when I won that state in a landslide.”

The official announcement ended rumors of Trump having doubts on the 11th hour once on whether he made the right choice. On Saturday, Trump made clear to discredit this report.

“Indiana Gov. Mike Pence is my first choice,” Trump said. “I also admire the fact that he fights for the people and he also is going to fight for you. He is a solid, solid person.“

He also spoke about his Democratic rival, mentioning key issues plaguing her candidacy, such as her email server while as Secretary of State and how she “got away with murder” due to the FBI decision against recommending prosecution.

After his remarks, Trump introduce Pence onto the stage, shook his running mate and left the stage. Pence in a prepared short remark, accepted Trump’s invitation and introducing himself as a “Christian, a conservative, and a Republican, in that order.”

“I accept your invitation to run and serve as vice president of the United States of America,” Pence said. I answered this call for two reasons. First, because I know from firsthand experience that strong Republican leadership can bring about real change just like the we have seen in the Hoosier State and secondly because Hillary Clinton must never become president of the United States.”

Pence added, “Donald Trump is a good man and he will make a great president of the United States of America.”

He went on to share details from his own experience as governor and a congressman, as well as attacking Hillary and the reason to support Trump come November.

“Hillary Clinton and Barack Obama’s foreign policy of leading from behind, moving red lines, feigning resets with a resurgent Russia and the rise of ISIS is a testament to this truth of history and we must bring a change to America’s stand in the world,” Pence stated. “We cannot have four more years apologizing to our enemies and abandoning our friends.”

He added, “The stakes could not be higher. Americans can choose a leader who will fight to make America safe and prosperous again, and bring real change, or we can elect someone who literally personifies the failed establishment in Washington D.C. Let’s come together as a party and a people and a movement to make America great again.”

After his remarks, Trump joined Pence onto the stage along with both families, minus Melania to exit the stage together as one.

The Nationwide Blitz Celebrating ‘In God We Trust’