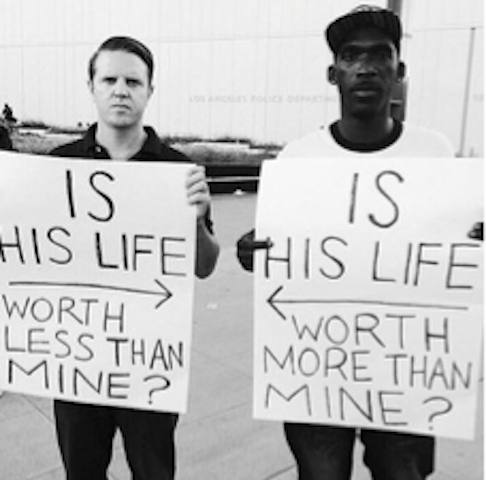 This week marked yet another attack on the lives of police officers. Six officers were shot in Baton Rouge, Louisiana and three of those officers were murdered. These shootings come on the heels of the Dallas massacre. Police officers had scarcely had time to mourn the loss of their Dallas brethren when terror struck the blue line again.

President Obama was once more called to speak after an attack on officers. This time he avoided many of the political pitfalls that have plagued his earlier remarks following shootings. He left out his pleas for stricter gun control, refrained from decrying the injustice done to the black Americans, and maybe ended his streak of divisive rhetoric.

Sheppard Smith of Fox News apparently didn’t get the new memo on politically correct speech. As he interviewed a law enforcement expert, Smith repeatedly objected to the man’s use of the expression, “All lives matter.” Smith claimed this statement was offensive to those in the Black Lives Matter movement and he couldn’t understand why his guest continued to use the expression.

Only one word was different in the man’s expression, “All.” The word all has a pretty clear meaning according to numerous sources it is defined as “the whole extent” “the entire number of” “every one of” “the greatest possible” “any” “everything” and “every part.” As President Obama and “all” leaders are now calling for unity…it seems the opposite of unity is division or the opposite of “all”.

So why do Smith and his Black Lives Matter(BLM) offended members see the substitution of “black” with “all” as the problem? It seems clear that “black” is inclusive to a particular group and exclusive of all others. I am not black, my son is not black, nor is my husband. So, does Smith and the offended BLM members believe our lives do not matter? Is there a hierarchy of lives that matter more or less? Are whites at the bottom, the top, in the middle? Where do we rank Hispanics, Asians, Pacific Islanders, Native Americans, and the list could go on?

To be sure, there is a race that I firmly believe should be at the top of the list for those who matter the most. That race is the Human Race. Humans should be ranked above animals and trees…but that’s for another discussion. Can Americans finally move the race discussion along a few paces and have it acknowledge that we are ALL members of the most important race on the planet…the Human Race? To this end, let’s begin to heal our nation and agree that it is not offensive to believe that “All Lives Matter” because believing anything less means you believe some lives are “more equal than others.”