Judge Williams stated firmly that, the court “cannot be swayed by sympathy, prejudice or public
opinion.” Instead he insisted that it had to follow the law. Baltimore State’s Attorney Marilyn Mosby, who became a national figure by heading the Freddie Gray lynch mob, did not even bother to show up. She knew what was coming. And she had no interest in following the law. 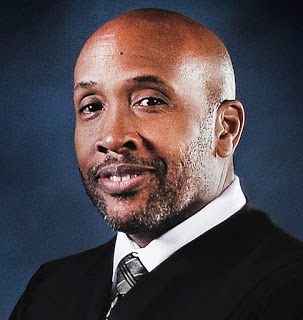 Unlike Mosby, who quickly became a national figure by championing the prosecution of six police officers after the accidental death of Freddie Gray, a drug dealer injured while being transported to the police station, or Baltimore Mayor Stephanie Rawlings-Blake, who supported giving the Baltimore rioters and looters supposedly angry over Gray’s death “space to destroy”, Williams remains strictly local.

And there’s a very good reason for that. It’s the same reason why the media that helped cause the Baltimore riots with their non-stop coverage of the Freddie Gray death haven’t been covering the trials.

Not only is their Freddie Gray hoax being destroyed, trial by trial, based on the lack of evidence, but the destroyer is an articulate and principled African-American judge. Worse still, Judge Williams had prosecuted police misconduct cases for the Justice Department. And when he takes apart the Gray hoax, as he has done in multiple trials, it’s from the standpoint of a uniquely qualified expert. You can see why the media is staying away.

The better part of Judge Williams’ verdicts can be summed up as laying out all the ways in which the prosecution failed to prove its case, did not even bother to prove its case or did not even understand what case it was trying to prove. As in Officer Nero’s verdict where Williams politely mentions that, “In order to convict the defendant of any of the charges under the theory of accomplice liability, the state would have to prove that a crime occurred… The state’s theory from the beginning has been one of negligence, recklessness and disregard for duty and orders by this defendant. There has been no information presented at this trial that the defendant intended for any crime to happen.”

This is the judge’s concise explanation that the prosecution has no idea what it’s talking about. You can see why Marilyn Mosby hasn’t been bothering to show up.

The legal case against the six officers consisted of speculation, assumptions and innuendo. The case was baseless, but the fix was in from the White House to the residence of Baltimore’s mayor, and a bad judge would have let it pass. From the start, Judge Barry Williams insisted on sticking to the facts.

The law enforcement officers targeted by #BlackLivesMatter in the Freddie Gray hoax were black and white. Judge Williams treated them all fairly. He kept asking the prosecution the tough questions and the right questions, whether it was in the case of Officer Caesar Goodson, who is black, or Officer Edward Nero, who is white.

After Goodson’s trial, both men embraced. And Goodson was in attendance to hear Lt. Brian Rice’s verdict and then shook his hand in a fine example of blue lives solidarity across racial lines.

And meanwhile Judge Williams continued to stand up for the truth. He dismissed the prosecution’s “rough ride” meme in Goodson’s case as an “inflammatory term”. He asked the entirely common sense question, “If the doctors are not clear as to what would be happening at this point in time, how would the average person or officer without medical training know?” 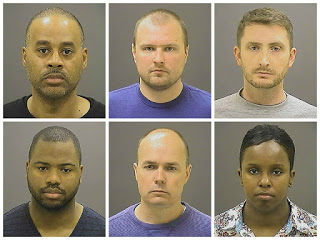 In the latest case, he wondered whether the fact that Rice didn’t put on Gray’s seat belt made him, “guilty of these crimes”. And he insisted, above all else, that the facts had to be there. He would not rule based on assumptions or insinuations. He would not be a judicial activist. Instead, he said, “As the trier of fact, the court can’t simply let things speak for themselves.”

Judge Williams has destroyed the Freddie Gray hoax by asking one question after another. By demanding to see the evidence and by following the law. Despite his devastating statements in court, he has sought no publicity and done no interviews on the case. Instead he did something that is at once ordinary and extraordinary. He did his job.

It’s why he will never be a national figure.

But Judge Williams is not the only African-American hero who shut down the Freddie Gray hoax. There was yet another courageous figure who will also never achieve a national profile because she did the right thing.

Detective Dawnyell Taylor was the lead detective in the Freddie Gray investigation. The prosecution handed her four pages to read to the grand jury right before her appearance. Detective Taylor found inaccurate and distorted statements there. Prosecutors then prevented her from answering questions and didn’t want her case notes on the investigation. So she turned them over to the defense. The notes included a medical examiner’s statement to her that Freddie Gray’s death was a “freakish accident, and that no human hands can cause this” despite claiming at trial that it was homicide.

The prosecution attempted to silence her again, but Judge Williams allowed her to testify.

In a disturbing moment in the courtroom, a member of the prosecution team insisted that she had been removed from the investigation. Detective Taylor replied, “You made the request, but you don’t have the authority to remove me.” That moment summed up the corrupt machinery at work in Baltimore.

The Freddie Gray hoax was a rigged game. It took courage to expose it. And that’s what Judge Williams and Detective Taylor did. Despite the threat of riots and warnings of more violence, they did their jobs. Despite the damage to their careers for opposing the agenda of the national and local governments, they stood up for the truth. Despite the encouragement of the media, they did what was right.

The Freddie Gray hoax has made national figures out of hacks like Mayor Stephanie Rawlings-Blake and Baltimore State’s Attorney Marilyn Mosby, but has left the heroes like Judge Barry Williams and Detective Dawnyell Taylor in the dark. And that is something that we should remedy.

Despite the claims of racism, the Freddie Gray hoax was fought in a mostly black city between black officials. Even half the police officers charged in the case were black. The Freddie Gray case came down not to black or white, but to telling the truth and doing the right thing. And we should remember that despite what we often see on the news, despite the riots and the murders of police officers, there were African-American heroes in Baltimore who stood between the #BlackLivesMatter lynch mob and the police.