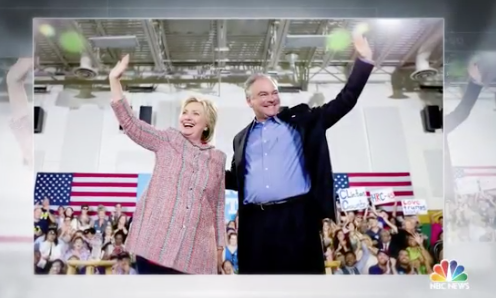 Last week Hillary Clinton announced her Vice President pick, Virginia Senator Tim Kaine. My job as an Israeli correspondent is to find out what kind of impact he could have if team Clinton/Kaine win the Presidential elections.  When I did some homework the impact is frightening.

Over 6 months ago the Iran nuclear deal began, led by the Ayatollah Ali Khamenei,  head of the snake of radical Islam.

The Iran regime has funded terrorist organizations like Hezbollah in Lebanon, as well as funding Hamas to fight Israel, their motto being, “because it’s policy”. Iran has influenced many radical Islamic terrorist organizations that want the complete destruction of Western civilization, especially the United States and her ally, Israel.

The details of the Iran deal are disastrous. Under the Obama administration, the deal awards this terrorist regime billions of dollars to start their nuclear program. The money will no doubt go to the terrorist organizations they support. The deal also allows them to have enough centrifuges to give them the ability to make nuclear weapons. One of the most idiotic parts of this deal is the lax 24 hour notice of inspections, which will give Iran plenty of time to hide what they are doing – and it is a known fact that Iran has violated deals with tougher sanctions in the past.

Despite how bad this Iran deal is, the Democrat presidential team of Clinton/Kaine both support it. In fact, Kaine actually boycotted Prime Minister Bibi Netanyahu’s speech concerning this deal. How can these people claim to be an “ally” of Israel if they don’t take the time to hear their ally asking for help?

From an Israeli point of view, imagine being threatened with rockets, knife intifadas, and shootings on a daily basis, by an enemy who is being funded by your ally.

It’s vitally important to reiterate the fact that Iran not only calls for the destruction of my country, Israel, but also yours – the United States of America. And just as Hillary wants you to forget Benghazi and every other scandal she has been in the center of, she also wants you to forget the 89 bombing of U.S. Marine barracks by Iran.

Iran is not an ally, and having a presidential team of Clinton and Kaine who support the Iranian deal will end in disastrous consequences for the entire world.