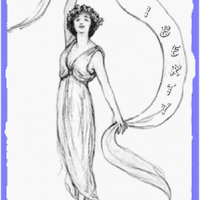 Now that the selection process is officially over and the Republican and Democrat Party has their presidential nominees, it’s time to look toward winning the general election.

One of the most important demographics in the U.S. electorate is the female vote and Tuesday night.  How will gender play into this election – with women,  their issues, and their White House?  In this area, Democrats may have the upper hand as history was made Tuesday night when Hillary Clinton become the female nominee for president. Because of this, the GOP will need to take a long, hard look at how to appeal to that segment of the population.

Contrary to popular misconception – or perhaps deliberate Democrat misinformation – the Republican nominee may be doing just fine among women.  But it’s important to consider ways to strengthen his position further, and entice as many women to vote for the GOP ticket as possible.

There are many ways to encourage women to get out and go to the ballot box. First, we must understand that in 21st century America, women are every bit as hard working and determined as men. They are out there finding jobs, putting in long hours for their pay, and crucially, starting and running small businesses. They share the core American values of working for what you have, and these are the conservative values of the Republican party – especially as it is now led by a self-made businessman. We must emphasize this aspect of the GOP, and make sure women know that it is a party that understands and appreciates them –  not just sometimes when it benefits them, but all of the time.

For generations, the GOP has been a Party of long established “inside” men.

Extending logically from these concerns is the special preoccupation of women with economic vitality and the creation of a fertile job market. This demographic understands that work comes from businesses, and that people will only be able to support themselves and their families if business is healthy enough to need them and to pay them a living wage. This is a fundamental truth of capitalism that has always been understood by the Republican party, and it must not be forgotten now in a time when appealing to women is so important.

Of course, even when good jobs exist, getting them requires a solid education, and women are aware of this fact as well. This is why the GOP needs to be serious in this election cycle about focusing on public programs related to schooling, from strengthening the mandatory education children receive to opening roads to attending trade schools that will prepare a new generation of workers to be indispensable to employers. Government should help children understand the importance of this preparation, and it should do everything reasonably possible to help them attain it.

Naturally, any discussion of the care of children must lead us to perhaps the single issue of greatest import to women: family security. All of the education, job opportunities, and thriving businesses in the world mean precisely nothing if people and their loved ones are not safe from the terrible dangers we face in today’s world. Women want to know that their leaders are not only strong enough to address these threats, but wise enough to recognize that they exist. We have a real advantage on this issue, as the Republican party emphasizes national security and victory against Islamic terrorism, in contrast to a Democratic party that usually refuses to even call the enemy by its name. But we must go further than this, into concrete plans. We must see to it that our candidates discuss the importance of rebuilding our military and keeping it powerful, so that it is always ready at a moment’s notice to defend the homeland. This is one part of the platform about which we absolutely cannot afford to be shy or apologetic.

All in all, by emphasizing the dignity of hard work and self-sufficiency, the importance of education and good jobs, and above all, the necessity of a strong national defense, the GOP can win women over to its side and prevail in November.

Will YOU Determine Our Nation