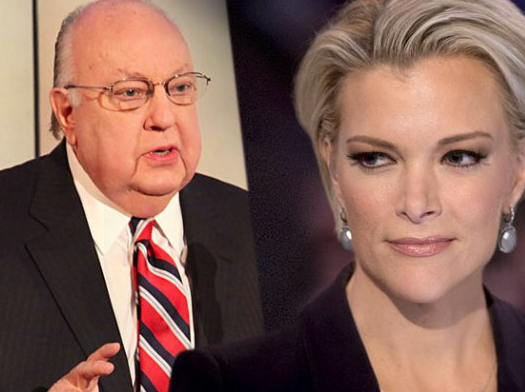 Hollywoodlife.com has stated that there are published reports that Ailes has been asked to leave the network before Aug. 1 or risk being fired. The network responded as of July 19, “Roger is at work. The review is ongoing. The only agreement that is in place is his existing employment agreement.”

According to Breitbart, the top tier of network hosts are gathering for a walk out to support Ailes, potentially starting a new network.

CLEVELAND, Ohio — At least one top talent inside Fox News has confirmed to Breitbart News that a major talent meeting among various different hosts is scheduled, and they are considering leaving with Roger Ailes to form a new network to compete with Fox.

“Everyone here hates Gretchen and Megyn,” the talent said in a brief phone interview, adding that hosts from Fox and Friends and throughout the primetime lineup from the co-hosts of The Five to Special Report’s Bret Baier to Greta Van Susteren to Bill O’Reilly, Shepard Smith and Sean Hannity are planning to band together and potentially execute contract clauses that allow them to leave if Ailes is driven out.

That being said, if this group—Baier, Hannity, Van Susteren, Smith and O’Reilly—can stick together and effectively negotiate as a bloc with whatever other resources and talent they have, they could strap together enough leverage to block Kelly. But that shows how powerful Kelly has become inside a network where most of her colleagues despise her.

Ailes has come under fire amid unsubstantiated allegations from Gretchen Carlson, the former Fox anchor, and now Megyn Kelly of The Kelly File that he allegedly sexually harassed them.

The only host whom this talent hasn’t personally confirmed as part of a potential mass exodus was O’Reilly. But since Ailes bailed out O’Reilly when he came under fire for a loofah incident that even he would “consider” leaving in a mass exodus.

“Fox can have Megyn,” the talent said. “We want Roger.”

The Financial Times confirmed the possibility of a mass Fox News exodus in its reporting.

“Three of Fox News’ biggest stars — Bill O’Reilly, Sean Hannity and Greta Van Susteren — have clauses in their contracts that would allow them to depart if Mr Ailes were to leave the network, the two people briefed on the dispute said,” the Financial Times wrote. “This means a core team of on-air talent could follow Mr Ailes out of the door.”

This talent added that there is a lot expected to come out about how much Kelly’s colleagues despise her. “The entire building hates her,” the source said. “Nobody cares that she’s upset about a frickin’ hug.”

Specifically, Kelly’s supposed sexual harassment allegation against Ailes was due to a hug in 2006 she didn’t like, according to The Drudge Report. The Drudge Report has also reported on this meeting, but Gabriel Sherman of New York Magazine–an anti-Ailes agitator in the media–claims it is not true.