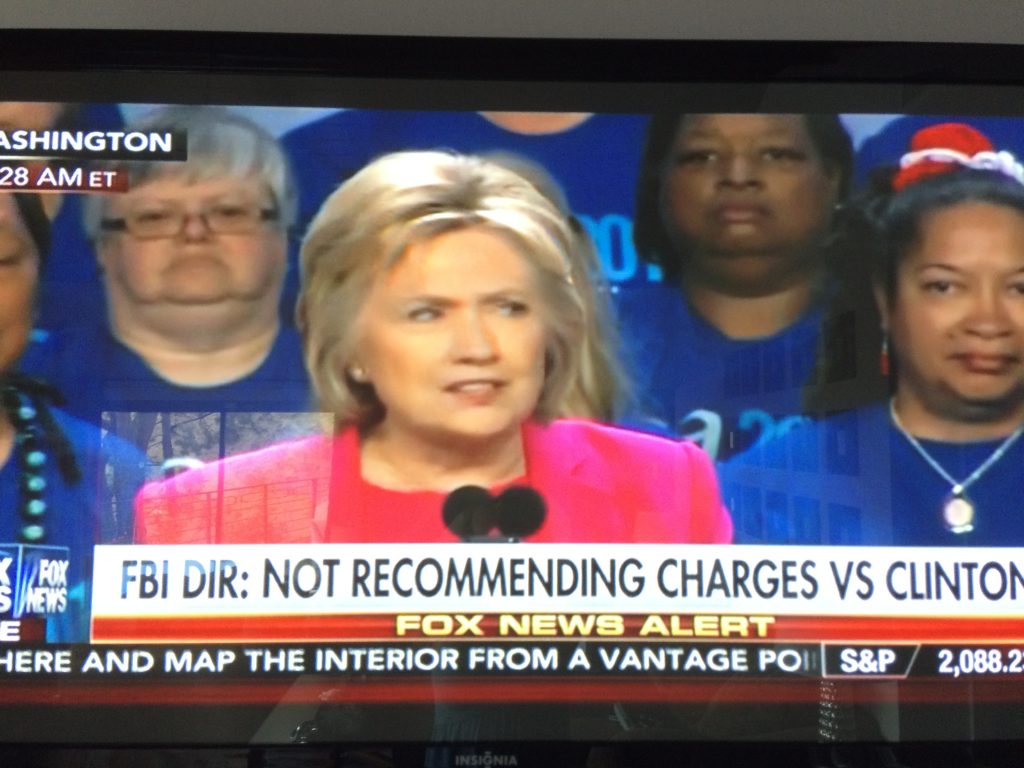 FBI Director James Comey announced in a press conference Tuesday morning that the FBI will “not recommend” charges against Hillary Clinton for the use of her personal email server.

Comey said the investigation began as an investigation to determine the amount of classified information transmitted to and from Clinton’s personal server, whether or not it was done maliciously, and if her servers were compromised by hostile actors of any kind.

Comey compared the thousands of hours it took to sort the emails as “removing the frame of a jigsaw puzzle then throwing the pieces on the floor” and putting them back together again.

Ultimately, Comey said the FBI concluded that “no reasonable prosecutor would bring a case against Clinton.”  He said the FBI “found no clear evidence Clinton intended to cover up emails” but that will be a decision for the Department of Justice.  “We cannot find a case in bringing criminal charges.  We do not see obstruction of justice.  To the contrary.  Although the DOJ makes final decisions, no charges are appropriate in this case.”

Free and Separate States United For the Cause of Liberty