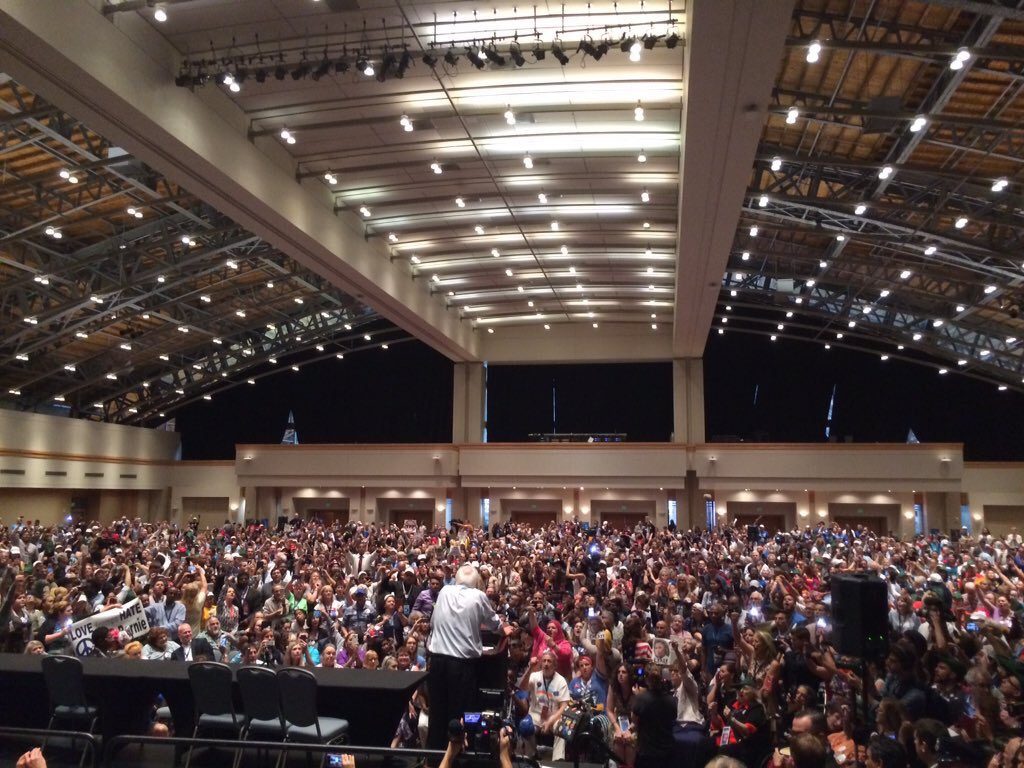 Philadelphia, PA. — Just hours before the Democratic National Convention kicks off day one, Vermont Senator Bernie Sanders spoke to a large group of supporters Monday afternoon, who became less receptive of his plea to back the presumptive Democratic presidential candidate Hillary Clinton.

“We have got to elect Hillary Clinton and Tim Kaine,” Sanders said to boos from the crowd of delegates gathered at the pre-convention delegate summit held in the Pennsylvania Convention Center. “Right now, we have got to defeat Donald Trump.”

The boos and jeers continued as Sanders tried to continue to speak, halting his speech midway. Chants of “We want Bernie!” and “Take it to the floor!” soon broke out from the crowd.

Sanders added, “Trump does not respect the constitution of the United States or civil liberties. That is not just my opinion. That is what many conservative Republicans believe. Trump is a danger for the future of our country and must be defeated and I intend to do everything that I can to see that he is defeated.”

Crowd boos as Sanders tells delegates, “we have got to elect Hillary Clinton and Tim Kaine.” https://t.co/yaL9sczVPw

“What we have accomplished so far is nothing short of astonishing,” Sanders said. “It is critically important that we do not let up in our fight for a political revolution. Tonight at the Democratic National Convention I will address the future of Our Revolution, and I hope you will both tune in to watch, and join our effort after.”

Sanders is scheduled to address the Democratic National Convention during a prime-time speech Monday night held in the Wells Fargo Center.

Valerie Jarrett: How Much Control Does She Have Over Obama and Clinton?